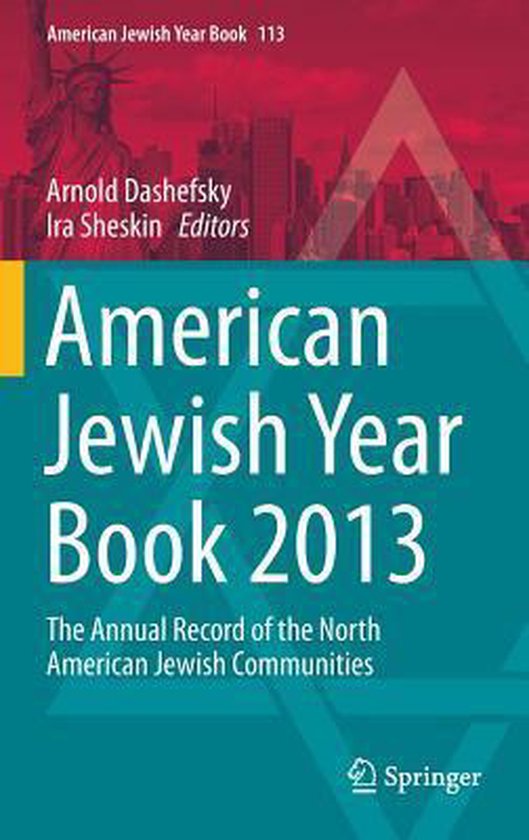 This book, in its 113th year, provides insight into major trends in the North American Jewish community, examining Jewish education, New York Jewry, national and Jewish communal affairs, and the US and world Jewish population. It also acts as an important resource with its lists of Jewish Institutions, Jewish periodicals, and academic resources as well as Jewish honorees, obituaries, and major recent events. It should prove useful to social scientists and historians of the American Jewish community, Jewish communal workers, and the press, among others. For more than a century, the American Jewish Year Book has remained and continues to serve, even in the Internet age, as the leading reference work on contemporary Jewish life. This year's volume, with its special reports on Jewish education and the New York community and its updates on Jewish population statistics, Jewish institutions, and the major Jewish figures who passed in the year past, continues this splendid tradition. Pamela S. Nadell, Chair, Department of History, American University and Co-editor, Making Women's Histories: Beyond National Perspectives The 2013 volume of the American Jewish Year Book impressively demonstrates that Arnold Dashefsky and Ira Sheskin have restored this important resource in all its former glory. Bruce A. Phillips, Professor of Sociology and Jewish Communal Service, Hebrew Union College-Jewish Institute of Religion, Los Angeles Having a current American Jewish Year Book on my shelf is like having a panel of experts on American Jewish life at the ready, prepared to give me thoughtful, accurate answers and observations on the key issues, trends and statistics that define our continental Jewish community today. Well into its second century, the American Jewish Year Book continues to be an essential resource for serious leaders, practitioners and students who seek to ground their work in solid research and up-to-date data. Jacob Solomon, Greater Miami Jewish Federation President and CEO
Toon meer Toon minder