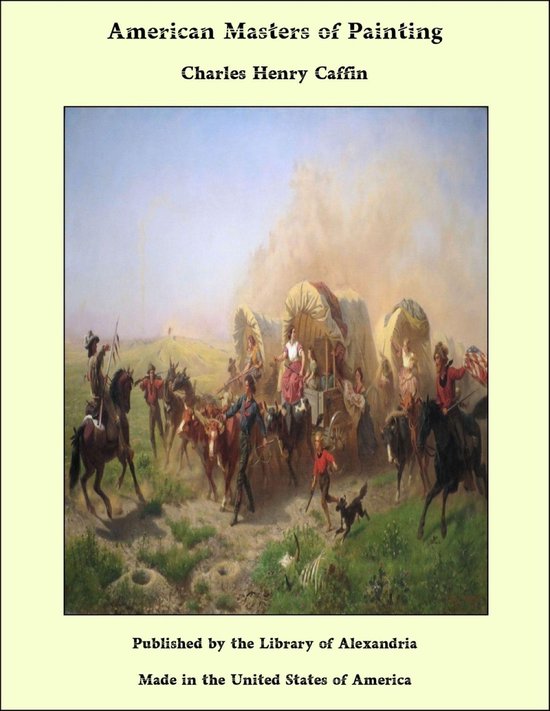 IN the record of American art three names stand out distinctly as those of innovators: Whistler, La Farge, and George Inness. While Whistler’s influence has been felt throughout the whole art world, and La Farge (to quote from the Report of the International Jury of the Exhibition of 1889) “has created in all its details an art unknown before,” Inness was a pathfinder, only within the domain of American art, and was led by instinct into ways already trodden by the great men of other countries. But this does not make him less an innovator. Nor does the fact that he was certainly influenced by “the men of 1830,” when he came to know their works. The point is that throughout his life his evolution was from within. His father, a retired New York grocer, would have had him enter business, and even opened a small store for him in Newark, N.J., whither the family had moved from Newburg. But the son’s mind was set on art. Like Durand, Kensett, and Casilear, he was apprenticed for a short time to an engraver, and subsequently studied painting for a little while with Regis Gignoux, a pupil of Delaroche. For the rest he was self-taught. His contemporary, Frederick E. Church, younger than himself by a year, was seeking instruction from Thomas Cole, the founder of the “Hudson River School,” whose grand topographical landscapes the pupil was to follow in his studies of the Andes, of Niagara, and of other impressive regions. The young Inness, meanwhile, was independently studying the individual forms of nature. That he should be insensible to the influence of Cole was out of the question, and so late as 1865, when he was forty years old, and had returned from his first visit to Europe deeply impressed with the work of the Barbizon painters, we can detect in at least two pictures, “Delaware Valley” and the large “Peace and Plenty” of the Metropolitan Museum, that fondness for grandeur of distance and extent so characteristic of Cole. But we can also detect the expression of a fuller intimacy with the scene than Cole could give. Inness’s own penetrating study of natural phenomena, indorsed for himself, no doubt, by the corresponding aim of the Barbizon painters to reach the inwardness of the landscape, had enabled him more thoroughly to comprehend the vastness; to collate the details and render them subordinate to a single powerful impression. The conception and progress of each of those pictures is from the general to the particular, and not contrariwise, as in the topographical landscape; and this contrary has impressed upon them a distinct personal feeling; the realization in each case of a mood of nature, powerfully felt.