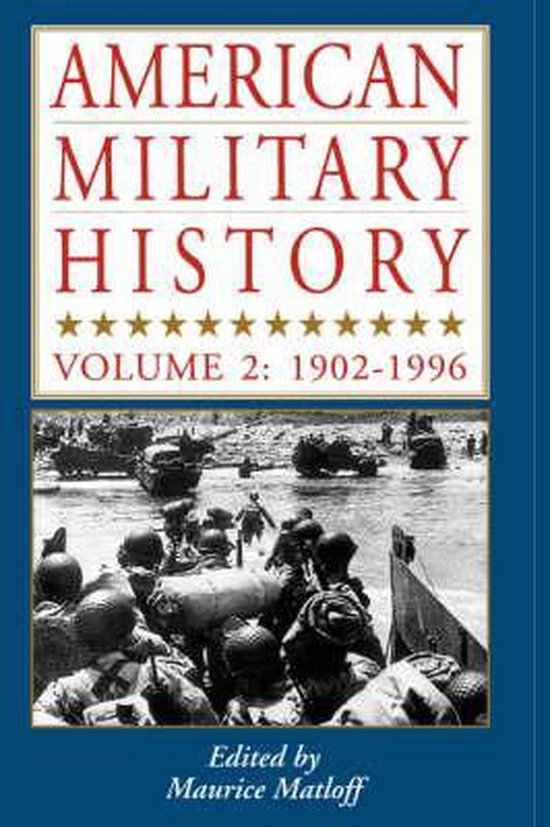 American Military History makes available to a civilian audience for the first time a comprehensive view of the parallel development of the American military and the American nation, evaluated in light of the nine principles of war currently recognized by the U.S. military. Volume 2 of this influential work takes the American people and their armed forces in the wider world of the twentieth century, with its global commitments, multi-national operations and mass citizen armies. The decade leading up to 1917 is seen in light of the mixed results of the Spanish-American War, with the Army striving to improve weapons, training, organization and structures of command. America’s late entry into World War I is seen as leading to two remarkable accomplishments: the U.S. Army under John J. Pershing maintaining its separate identity despite British and French demands for piecemeal troop replacements, and the rapid mobilization of a large citizen army and wartime industrial production without damaging the domestic economy. The rapidly changing world situation of the 1980s and the U.S. response are fully covered, culminating in the Persian Gulf War. The Gulf War appears in many ways to be a summation of the American military experience, incorporating the rapid mobilization and technical expertise of the world wars with principles of command and maneuver developed by small numbers of determined men at King’s Mountain and in the Shenandoah. American Military History was originally designed by the U.S. Army’s Office of Military History for the instruction of officer cadets and other military personnel. The work went through various editions from 1956 to 1988, under the direction of Dr. Maurice Matloff. The current two-volume edition has some revisions and has been expanded to give full coverage of the operations and lessons of the Persian Gulf War by Dr. Albert A. Nofi and others.
Toon meer Toon minder