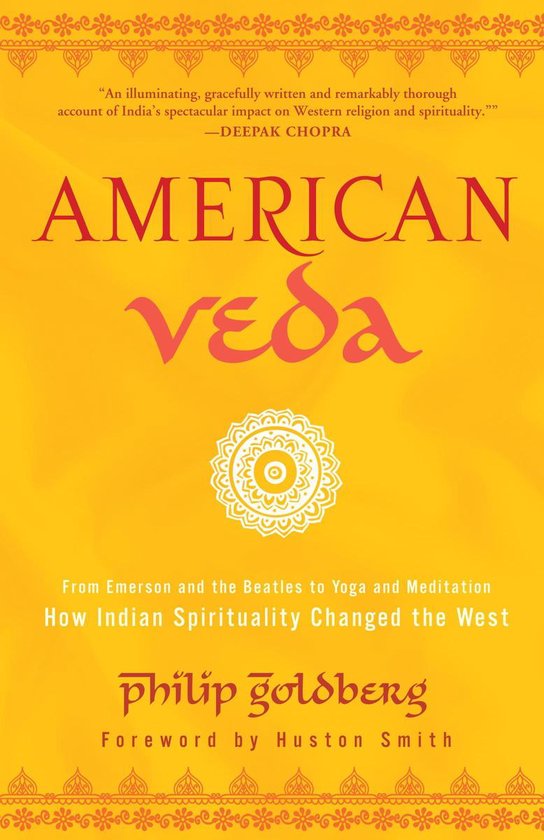 "Mark Goulston, M.D., is a corporate consultant who works with executives, managers, and line workers to help them get out of their own way so they can realize the success that their skills, talents, and abilities deserve. His clients include Goldman Sachs, Merrill Lynch, GE, White & Case, Eli Lilly and Company, Disney, Kodak, and the FBI. He writes ""The Leading Edge"" column for Fast Company. He was selected as one of America's Top Psychiatrists for 2004-2005 by the Consumers' Research Council of America. Dr. Goulston is the author of Get Out of Your Own Way and Six Secrets of a Lasting Relationship."
Alles van Philip Goldberg
Toon meer Toon minder

A fascinating look at India's remarkable impact on Western culture, this eye-opening popular history shows how the ancient philosophy of Vedanta and the mind-body methods of Yoga have profoundly affected the worldview of millions of Americans and radically altered the religious landscape.


What exploded in the 1960s, following the Beatles trip to India for an extended stay with their new guru, Maharishi Mahesh Yogi, actually began more than two hundred years earlier, when the United States started importing knowledge--as well as tangy spices and colorful fabrics--from Asia. The first translations of Hindu texts found their way into the libraries of John Adams and Ralph Waldo Emerson. From there the ideas spread to Henry David Thoreau, Walt Whitman, and succeeding generations of receptive Americans, who absorbed India's "science of consciousness" and wove it into the fabric of their lives. Charismatic teachers like Swami Vivekananda and Paramahansa Yogananda came west in waves, prompting leading intellectuals, artists, and scientists such as Aldous Huxley, Joseph Campbell, Allen Ginsberg, J. D. Salinger, John Coltrane, Dean Ornish, and Richard Alpert, aka Ram Dass, to adapt and disseminate what they learned from them. The impact has been enormous, enlarging our current understanding of the mind and body and dramatically changing how we view ourselves and our place in the cosmos.


Goldberg paints a compelling picture of this remarkable East-to-West transmission, showing how it accelerated through the decades and eventually moved from the counterculture into our laboratories, libraries, and living rooms. Now physicians and therapists routinely recommend meditation, words like karma and mantra are part of our everyday vocabulary, and Yoga studios are as ubiquitous as Starbuckses. The insights of India's sages permeate so much of what we think, believe, and do that they have redefined the meaning of life for millions of Americans—and continue to do so every day.


Rich in detail and expansive in scope, American Veda shows how we have come to accept and live by the central teaching of Vedic wisdom: "Truth is one, the wise call it by many names."