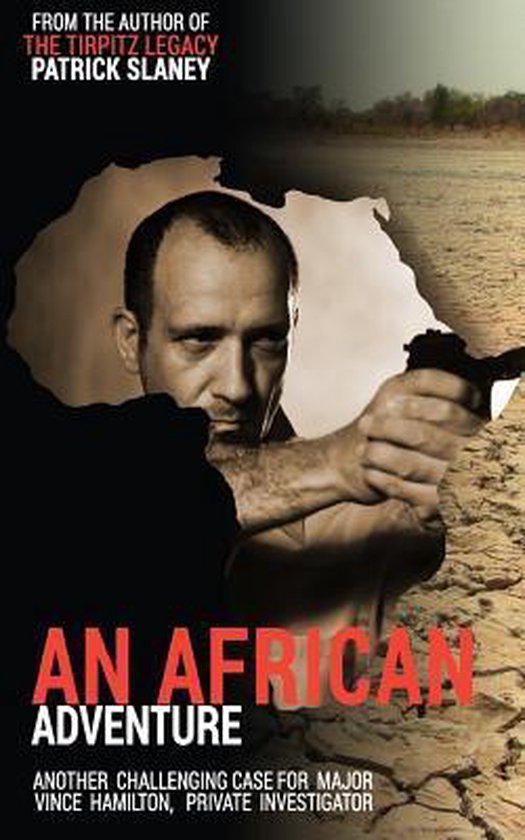 Vince Hamilton was a Major in the British Army. He was severely wounded in Iraq by an IED and was invalided out of the military. He decides to become a Private Investigator and has already done three major jobs. The first case is told in The Diamond Chain, the second is the storyline in Curse of Thieves, the third is the subject matter of Danger down Under, and now we have his latest case. Vince's wife still wants him to give up being a Private Investigator as she feels it is too dangerous. To support her argument, he was shot and severely injured on his last case in Australia. He agrees to help his old friend Chief Inspector Baird to track down stolen motorbikes and luxury cars, on the understanding that his involvement is much reduced, and he can stay away from danger. Unfortunately, the criminals he comes up against have a different view of the situation, and he has no way of avoiding confrontation. Vince tracks expensive stolen motorbikes to Bulgaria and luxury cars to South Africa. It turns out that drugs are being shipped in the same containers as the cars which raises the stakes considerably. He is lucky to escape with his life. Two of his team get shot while assisting him on the case. Vince is normally somebody who is able to stay away from women; however, he starts to get amorously involved with the wife of one of the people that he has helped put in an Australian prison. She takes advantage of the fact that they grew up living a few doors from each other. You will have to read the book to find the outcome of that encounter. There is not only pressure from his wife to give up his role as a Private Investigator, but now pressure from another woman to leave his wife and seek solace in her arms. Being a military man, Vince is not able to handle emotional conflict and affairs of the heart. Read the story to see if he is able to operate effectively with these new pressures. Interview with the Author Q - Why have you written the Vince Hamilton series? A - When I was growing up I loved reading books written by Hammond Innes, Neville Shute, Alistair Maclean, etc. as they were good stories but without the sex and violence. I have tried to replicate this style in my books so as the reader can feel that they are involved in the investigation. Vince Hamilton, the hero, is an ordinary happily married man who has been invalided out of the SAS at the age of forty-two after being injured in Iraq. He becomes a private investigator by accident but turns out to be very successful. You will easily be able to identify with him. Q - This is the fourth book in the series; do I have to read the others before this one? A - There is no need to read the others in the series first as each book stands by itself and is the account of a totally different investigation. From a family point of view and the development of Vince as a Private Investigator it will make a lot more sense if you can read the others first. Q - So why should people read your books? A - The stories are fast and action packed. As you read, you can become the investigator and try and work out what is going on and who is responsible. Have a go at solving the crime before Vince can. The investigation takes you right across Europe to Bulgaria, and Vince also travels to South Africa to try and solve the case.. Q - Have you published any other books? A - Yes I have a number of other works of fiction. You can find all the details on my website www.patrickslaney.com. I love to receive your comments so, please complete the Amazon review process, or you can send me remarks through my website. And many thanks for reading
Toon meer Toon minder