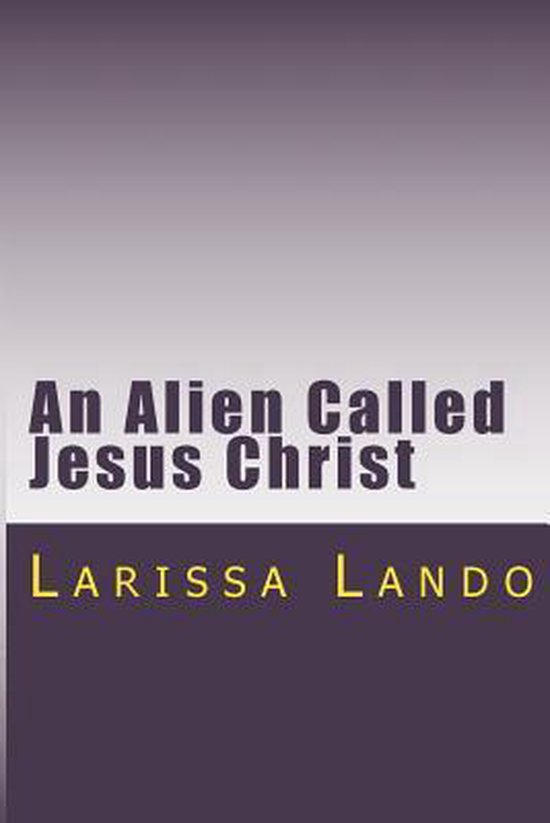 "I chose to be an astronomer because I believe that in the universe it is possible to find God." Father Jose Gabriel Funes, Director of the Vatican Observatory. (Interview "The extraterrestrial is my Brother" in "L'Osservatore Romano," 2008). The plot of this science fiction novel is based on the hypothesis that Christ was interacting with an advanced extraterrestrial civilization during his time on Earth, a theory becoming increasingly important supported by the sensational scientific discoveries in recent decades. The sign of growing influence of this concept is the recognition of the possible existence of extraterrestrial civilizations stated by high-ranking clergy in the Vatican. The author attempts to "reconstruct" the possible relationship between Christ and the aliens could be and at the same time the traditionally "flat" figure of Jesus is focused on a new angle by emphasizing His human nature and bringing us closer to Him. The novel begins with these words: Jesus was smiling while taking a bite of a thin stalk of grass remembering something that had happened the day before. This morning he woke up very early and left the village to meditate and talk with his heavenly Father, as he was used to since adolescence. These conversations, so intimate, were always the best part of the day for him. Now, in solitude his heart was especially tender and willing to work for the good, as one feels almost every morning upon waking up; then, throughout the day as we undergo bad experiences, sadness and sorrow fall upon us in the darkness. The twilight still was covering the vast landscape; but he remembered by heart the quiet and safe lines of the plateaus of his native Palestine, waiting the moment for the sun to emerge suddenly from the tenebrous nebulosity and amaze him, once again, with its splendor. Today Jesus was delayed to talk with his Father. This morning he was gladly going through the first miracle from the beginning of his public life; he displayed it yesterday at a wedding in the small town of Cana where he attended as a guest of honor along with his disciples. The groom had requested the presence of Jesus by means of Nathanael, the native of this town who had recently become his disciple. For over a month Jesus knew about the appearance of John the Baptist, the son of Zachariah, his second cousin by his mother, on the banks of the Jordan River. The man dressed in camel skin prophesied the imminent arrival of the Messiah, the Savior of Israel, announced by the Scriptures and longed for by the long-suffering Jewish people for centuries. A lot of people came to the call of John to repent from their sins and prepare their souls to worthily receive Christ. John baptized his followers in the waters of the Jordan, accepting them with this simple ritual to the new kingdom of the Lord. On hearing about John the Baptist and his prophecies, Jesus assumed that his hour had come, and that the Father was calling him to fulfill the great mission for which he was sent into the world. A spring sunny morning Jesus gathered his carpenter tools in a corner of the workshop, cast a last look at this small world that he came to love and was now leaving, took leave of his mother and went to the banks of the Jordan River. Mary understood it all without a word; they both knew that this day would come. But in the depths of her soul, she cherished the hope that maybe something would happen and her most beloved son would stay with her. In the past few years, Jesus, who was always a lover of reflections in solitude and the long hours of prayers, locked himself up even more in his inner world. But despite he didn't talk much even with his mother, he sought to treat people with patience and kindness.
Toon meer Toon minder