An Endogenous Theory of Property Rights 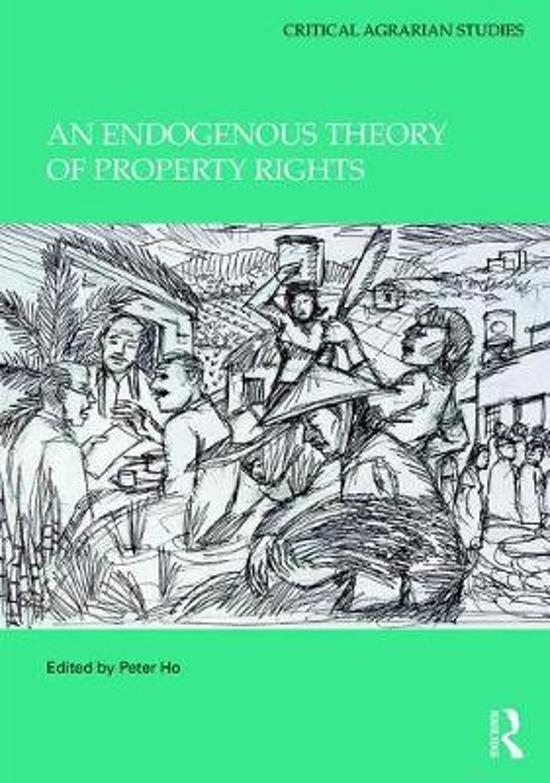 From a neo-liberal, neo-classical paradigm, secure, formal and private property rights are crucial to fostering sustained development. Institutions that fail to respond to shifting socio-economic opportunities are thus forced to make new arrangements. The enigma is posed by developments on the ground. Why would the removal of authoritarian institutions during the Arab Spring or Iraq War not increase market efficiency but rather cause the reverse, while China and India, despite persisting insecure, informal and common institutions, featured sustained growth? This collection posits that understanding these paradoxes requires a refocusing from form to function, detached from normative assumptions about institutional appearance. In so doing, three things are accomplished. First, starting from case studies on land, it is ascertained that the argument can be meaningfully extended to labour, capital and beyond. Second, the argument validates the Credibility Thesis' - that is, once institutions persist, they fulfil a function. Third, the collection studies development, broadly construed', by including the modes of production and beyond, the rural and urban, the developed and developing. This is why it reviews property rights from China and India, to Turkey, Mexico and Malaysia, covering issues such as customary rights and privatization, mining and pastoralism, dam-building and irrigation, but also state-owned banks, trade unions and notaries. This book was originally published as a special issue of The Journal of Peasant Studies.
Toon meer Toon minder