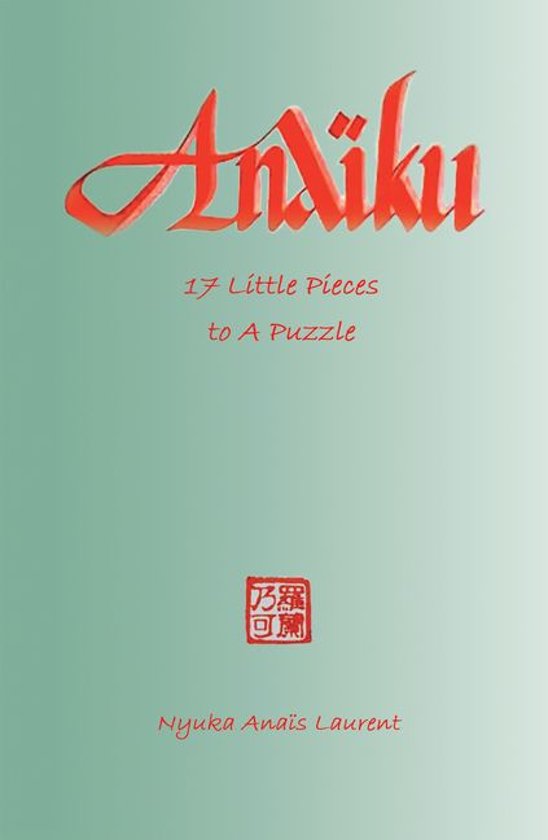 Anaku is a series of haiku poems in an original format of four lines instead of three, but still with seventeen syllables per poem. The book is in three parts: Part I, Before We Were Two, when two people search for their perfect mate; Part II, Tying Knots in Macramour, when a couple is formed and a family founded; and Part III, Frayed Ends, when the idyll comes apart. The second part has, in fact, two possible scenarios. The book was written over several years, and the format has come about on its own, as a diamond, the symbol of eternity or perpetual continuity, since couples join and come apart on a regular basis and their offspring often take the brunt of painful separations. The center of each set of two facing pages has a black-and-white India ink serendipity work, which can be interpreted by the reader for one or more poems on the two pages.