Ancestry of Alexandrina MacKenzie of Ballone 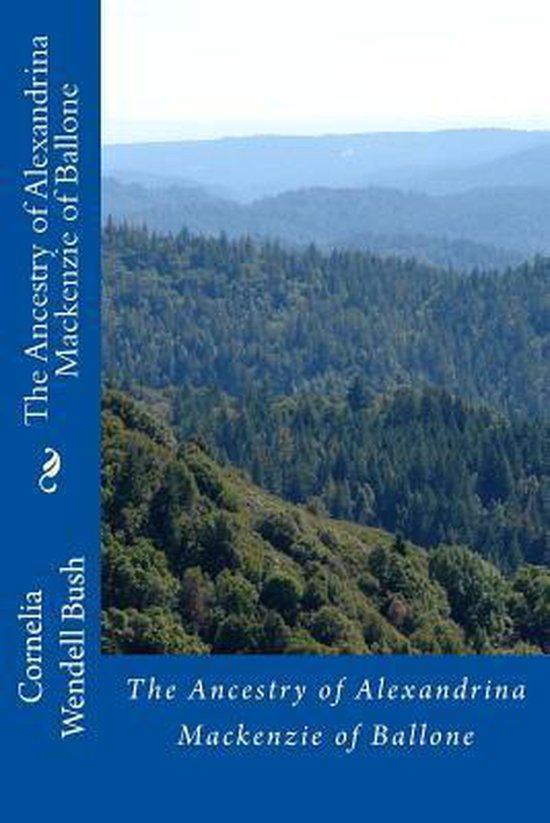 Alexandrina Mackenzie of Ballone is a gateway ancestor: she opens a path to all of the major families of the early British Isles, as well as to the royal houses of Europe, the Emperor Charlemagne, and on back to the beginnings of recorded history. Alexandrina descends from Feradach (progenitor of Clan Mackenzie) as well as dynastic marriages which bring in the following: Conn of 100 Battles (Ireland), Cerdic the King of the West Saxons (Wessex, England), Olaf the Tree Hewer (Norway), Rhodri Mawr, Prince of Gwynedd (Wales), John, Lord of the Isles (Scotland, Clan Donald), Robert the Bruce (Scotland, through whom, the Stewart kings and the current royal family), Edward I (England), William I, the Conqueror (England), Charlemagne (Emperor, Continental Europe), Saint Louis IX (France), Anne of Kiev (Russia) and more. This book contains the ancestry of Kenneth, 1st of Kintail as well as of his wife, Morna MacDougall of Lorn. The major branches of Clan Mackenzie are depicted; namely, those who descend from this marriage. A note from the Author: "When I was a child, I read William Shakespeare’s MacBeth, and did not know then that it was, like many of his works, a piece of Tudor propaganda. For example, I didn’t know that there really was a Duncan, King of Scots, nor that I was descended from him through Alexandrina. There was a real MacBeth, Maolbeathad. There was also a real Lady MacBeth, Gruoch of Clan Duff. King Duncan reigned 1034-1040, and was succeeded by his son Malcolm, known as Malcolm “Ceann Mor,” King of Scots. Malcolm killed MacBeth in 1057. It would seem that the play MacBeth was intended to denigrate the Scots, and the story line was altered accordingly. I later learned that the Tudors (Welsh) had pretended that all Plantagenet (Anglo-Norman) descendants had been wiped out during the reign of Henry VIIIth, King of England. Well, no, but he certainly tried. So, while I still enjoy the language of Shakespeare, I look at the political content as just that. These people whom Shakespeare wrote about were real, and had legitimate claims to large regions of the British Isles. Alexandrina lived at a time of great change in Scotland. When I first learned about her, I felt a strong connection, and have wanted to record her place in history, and her lineage. I hope that sharing this information will help other members of our large, extended family, the Clan Mackenzie, and its offshoots. It is good to know one’s heritage, but it is even more important to honor it."
Toon meer Toon minder