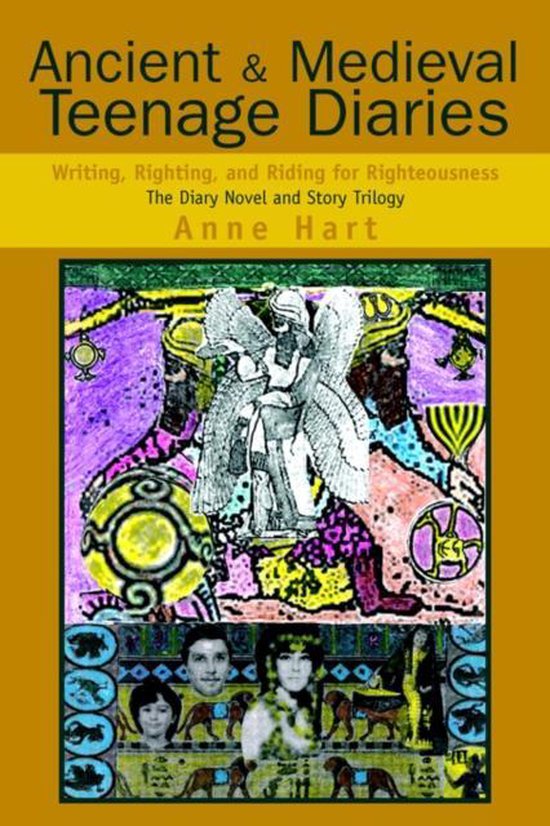 This trilogy of ancient and medieval teenage diary stories with a time-travel theme spotlights their adventures in ancient Rome during the Republic in 150 BCE, Medieval Kiev, the Caucasus, Khazaria, and the Levant in the 9th and 10th century through the eyes of a 13-year old boy, a 16-year old girl, and their royal family in the days of the Kagan of the Khazars.
When the Kagan of the Khazars is captured and held in a Viking ship, his son must rescue him alone and help the family to walk from Khazaria to a new homeland. The boy and his father, masters of a thousand disguises must find a way to reach their destination and reunite the rest of the family.
The stories take place in ancient and Medieval times when most people had no hope other than the grace of the Almighty, the coming of the Meshiach, or the arrival of the Khazars. They got not only the medieval Khazars, but also some ancient Romans interested also in the virtues of righteousness and responsibility.
In the second story, Teenage Princess Tarbagatay rides with the young Queen of the Huns and acts as the Queen's confident and friend as she writes her Dear Diaries. In another diary story of this trilogy, Petronius sets sail for Carthage only to find he must be back in ancient Rome to stop a slave rebellion.
Toon meer Toon minder