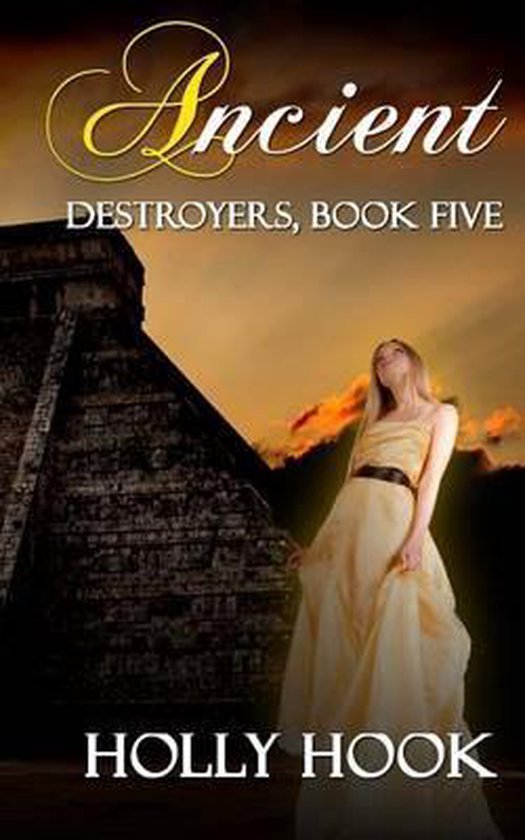 This is the fifth and final book of the Destroyers Series. Things are never easy when you're growing up. They're even worse when you're also a group of walking natural disasters.With the insane goddess Andrina on the loose, Janelle and her friends have no choice but to seek out Huracan, the ancient Mayan god of storms, to combat her. But their solution could cause more problems on their adventure than they ever anticipated. Huracan is an old god who craved power and human sacrifice, and handing over power to him could return the world to those days…and mean their end.Janelle, weary from her position as Tempest High Leader, may finally have a way out of the nightmare she and her boyfriend, Gary, have lived in since she discovered her true identity. But waking up an old, grumpy storm god and giving back her curse might not be better than anything she's ever known. Since Kenna learned of her place as a volcano goddess, she has struggled to control her power…and anger. Tired of being helpless in the face of Andrina and falling into her traps, she must discover her own abilities or perish. Unfortunately, Andrina has her own new plans for Kenna. Paul, riddled with guilt from being forced to turn his girlfriend, Leslie, into an Outbreaker like him, has promised that she will be human again, no matter what price Huracan demands from him. Anything is better than watching her turn into a tornado each time it storms, unable to stop herself from destroying everything around her. Leslie fears that she will be forced to help Andrina bring Janelle to her side. Worse, she fears that she will lose Paul. She's willing to sacrifice her humanity forever to keep him safe, but if Paul doesn't listen, she could lose everything she loves.Sophia has lived her entire life harboring a winter demon in her body, a dangerous spirit that can take her over and freeze others at any moment. Her new friends need the demon's help in order to track down the storm god, but there's no telling what she can do and when. An adventure told from the point of view of five different teens, this is the conclusion to the Destroyers Series.
Toon meer Toon minder