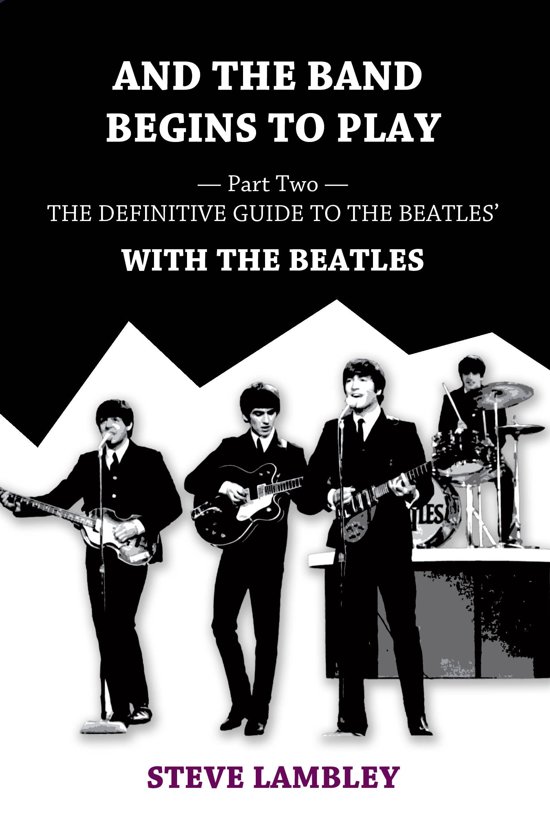 And the Band Begins to Play is an in-depth, 12-volume guide to every song recorded by the Beatles. Part Two examines the LP With The Beatles and associated singles.


Going further than the usual song-by-song, album-by-album guide, it is a record of every moment that the Beatles came together to record, from the first EMI session in 1962 to their acrimonious break-up in 1970. In short, this 12-volume set is the blueprint to every single recording made by the Beatles: 12 albums and 22 singles which make a portfolio of 208 songs that undeniably changed the shape of modern music forever.

From 'Love Me Do' to 'Let It Be', Steve Lambley provides full analysis of every track not only for its lyrical meaning, its position in the Beatles catalogue and the impact it made on the charts, but also from the point of the science of the songs. Thanks to the author's astute understanding of just how music works, as well as the recording processes of the day, this book includes a level of a musical analysis rare to career-spanning tomes today.


The book includes a detailed description of the recording process of every track, with a breakdown of the instrumentation and details of overdubs. What's more, And the Band Begins to Play explains the wealth of production innovations and recording techniques used by the group which continues to inform popular music today.


The story of the group's music also tells the story of the group itself. The book therefore takes the reader by the hand on a magical tour through the conquering of America, the band's film, TV and radio appearances, the ''bigger than Jesus'' storm, the death of Brian Epstein, the Maharishi experience, the rise and fall of the original Apple business, and much more.


The appendices include detailed listings covering all the Beatles' recordings, including:


- the original source of every quote used in the book

- a complete UK and US discography

- a chronology of all recordings

- the dates and take numbers of all tracks


Unquestionably, the Beatles remain the key band of the rock era. And the Band Begins to Play tells the story of their unique musical legacy.