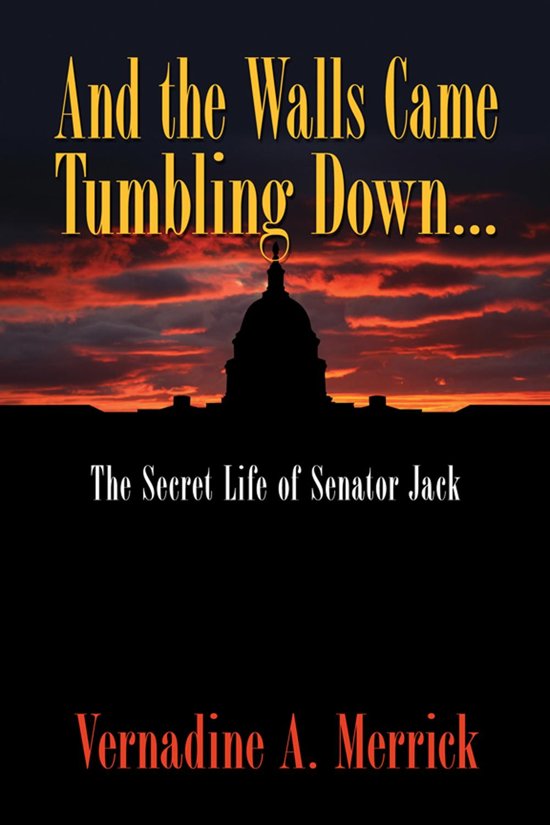 Vernadine A. Merrick's And the Walls Came Tumbling Down is the riveting story of two twin boys' climb out of poverty to power and the sacrifices made to get there.Jack and Joe were raised by their father in the Cleveland ghettos. Their mother died in childbirth, but the boys had plenty of aunts to give them motherly guidance and a father devoted to their success. The two boys' lives go in separate ways—Joe turns to life on the streets and running with gangs, while Jack excels in school, eventually going to Yale. Then fate deals one a hard hand, a tragedy occurs and their worlds collide in a way that forever changes their paths.From the seedy underbelly of gang life on the mean streets to the political and powerfully elite, the unimaginable secret that one has to bear will reverberate throughout his life and set in motion a chain of events that can save or destroy him as he aspires to the most powerful office in the land.Merrick has written a breakthrough novel that encompasses the precariousness of family relationships and the lengths a father will go to save his child. It paints a compassionate picture of how a tragic mistake can test the limits of a family's survival yet still reach the other side of forgiveness and redemption.Joe Baker is a tortured spirit, torn between truth and deception, self-awareness and self-deprivation…and many wrong choices. Jack Baker is the mirror image of Joe and can only be described as his better half. He is devoted to his father, fiercely protective of his brother and the voice of the unheard. Suzanne Montgomery, glamorous, gorgeous and rich. Her larger-than-life, Hollywood looks, mask the vulnerable woman still desperate for love. Nicola Patricks while enormously seductive, her intelligence, decency and achievements are her pride. She is now thrust into a web of lust, love and deceit. John Baker is the father of identical twin boys that he deeply loves, but begrudgingly admits to liking only one. Dirk Patterson is amongst the upper class African-American elite. Yet he is intricately connected to two brothers from the other side of the tracks. Detective Ridder Jones smells blood and goes for the jugular. The case of the high-powered Senator is no exception.
Toon meer Toon minder