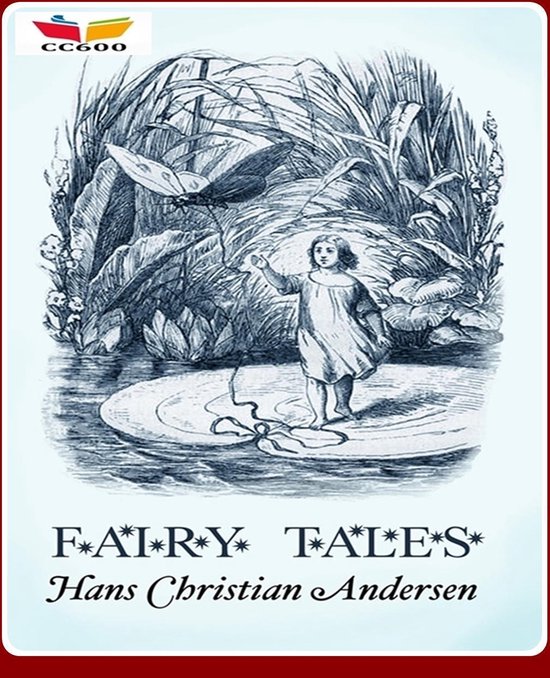 "Hans Christian Andersen (/ˈændərsən/; Danish: [hanˀs ˈkʁæsdjan ˈɑnɐsn̩] ( listen); 2 April 1805 – 4 August 1875) was a Danish author. Although a prolific writer of plays, travelogues, novels and poems, Andersen is best remembered for his fairy tales. Andersen's popularity is not limited to children: his stories express themes that transcend age and nationality.

*** Original and Unabridged Content. Made available by CLASSIC COLLECTION 600.***


The Little Mermaid, The Ugly Duckling, The Snow Queen, The Real Princess and a host of other wonderful tales which form so much a part of childhood are part of Andersen's Fairy Tales, by Hans Christian Andersen.


This volume contains eighteen selected stories. Some of them are old familiar friends, while others maybe new to some readers, but all of them equally enchanting and enthralling. Today, these stories are known almost everywhere in the world and have been translated into hundreds of languages. Their appeal is not just for children or young readers. As folktales and typical Scandinavian legends, they are a fascinating glimpse into the myths and legends, culture and ethos of the Northern Lands. Since their publication in 1835, they have continued to inspire and delight generations of children and adults.


Hans Christian Andersen was a Danish author whose work included plays, poetry, travelogues, novels and stories. Born in a noble Danish family, he was inspired to transcribe the tales he had heard as a child from people around him. The stories he selected were interesting, imaginative and unique. Some of them like The Little Mermaid were poignant and were not strictly just for a young audience. In fact, the story went on to capture public imagination to such an extent that today one of the most iconic monuments of Copenhagen is the statue of the Little Mermaid on the Langeline Promenade, which draws thousands of visitors every year.


Andersen's first foray into writing fairytales did not meet with much success because translating them from the original Danish was quite difficult and it had only restricted readership. However, in 1845, he reached out to the rest of the world through a brilliant translation of The Little Mermaid in Bentley's Miscellany magazine. Great success followed as his stories began appearing in various English magazines and journals and a whole generation of young English speaking children discovered the treasures of Scandinavia.


The stories have continued to enthrall people in many fields. Music, opera, art, literature, drama, film and television have become richer by the addition of various versions of Andersen's tales and his name has become a byword for the genre. He also inspired hundreds of other writers to come out with folktales and stories designed to captivate the imagination of young and old. Stories like The Tinder-Box convey a feeling of mystery and awe, while The Nightingale provides pathos and beauty.


As an invaluable addition to any library shelf, Andersen's Fairy Tales can provide hours of reading pleasure to both young and old.


You can find the complete list of CLASSIC COLLECTION 600 at the end of this ebook.