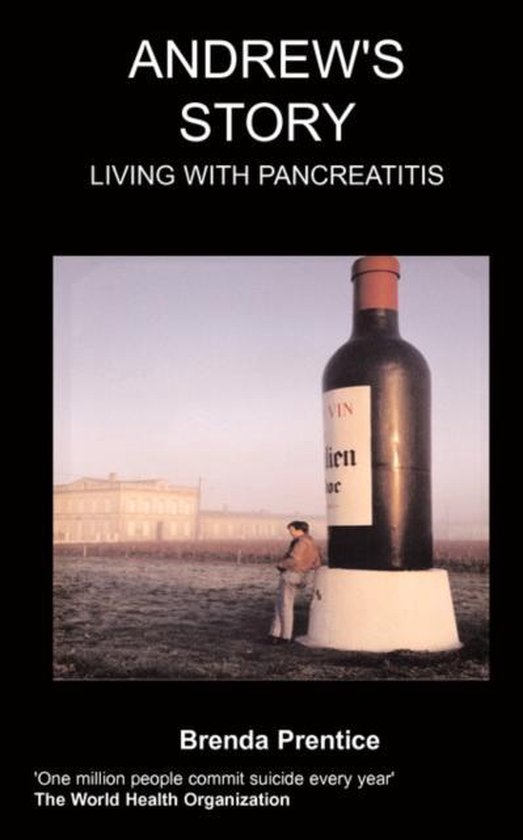 This is a moving story of how an ordinary family learnt to cope with the incurable, debilitating and often terminal disease of Pancreatitis. The first symptoms appeared when Andrew was just fifteen and after 20 years he lost complete pancreatic function. This robbed him of his job, wife, home and self-respect.

Often mistaken for an alcoholic or drug addict, it was a constant struggle to receive any help. He could 'live on the streets as homeless without detriment, the same as any other homeless person'.

This resulted in deep depression, self-harm and several suicide attempts. There is no justice.

Like many people, Brenda Prentice does not like to see injustice. When her adopted son, who was chronically ill with 20 years of Pancreatitis, became homeless, he was told he could 'live on the streets as homeless like any other homeless person'. There was no help from Social Services, the Housing Authority or some Medics. She took up the issues with the Healthcare Ombudsman, Local Government Ombudsman and the Parliamentary Ombudsman to no avail and after five years all denied any wrong doing. The way he was treated brought further mental health problems of depression, self harm and attempted suicide.

Oh no! That feeling, the usual discomfort that I permanently suffer has just altered ever so slightly. I feel the blood rush to my face and that horrible realisation, that paranoia. My mood drops like a leaden weight and my mind switches so all that I can now think of is getting home quickly.

I just received the first signal from my body that I am about to have another attack of Pancreatitis. It could be a false alarm; God knows I have them almost every day lately. I just know by the constant discomfort, others may call it pain but I term it as discomfort, pain is something else that I have, it is starting to burn. It will eventually be a nagging burning pain situated on the upper right of the abdomen, which will gradually increase and then radiate across my chest and around to my lower back. However, before we get there I will have a lot more to get through first. "Here we go." I am now feeling queasy and break out into a light cold sweat. I feel the urgent need for bowel movement but know that if I sat on the lavatory nothing will happen. Now I am burping, bringing up small amounts of acidic bile and have rampant heartburn. While I quickly clear my desk, a colleague looks across at me and instantly knows by the grey hue of my face and sweaty brow that I am beginning an attack. They have seen this before at my office. Previously someone used to drive me the twenty three miles home while I would throw up into a bag throughout the journey but nowadays I prefer to get home under my own steam (a mixture of retaining a small amount of dignity and preventing the problem of having to leave my car at work for however long). I have since learnt how to throw up and drive at the same time. Speed is of the essence though I am also aware that if I react quickly when I get the signals I can often make it home before the vomiting really kicks in.