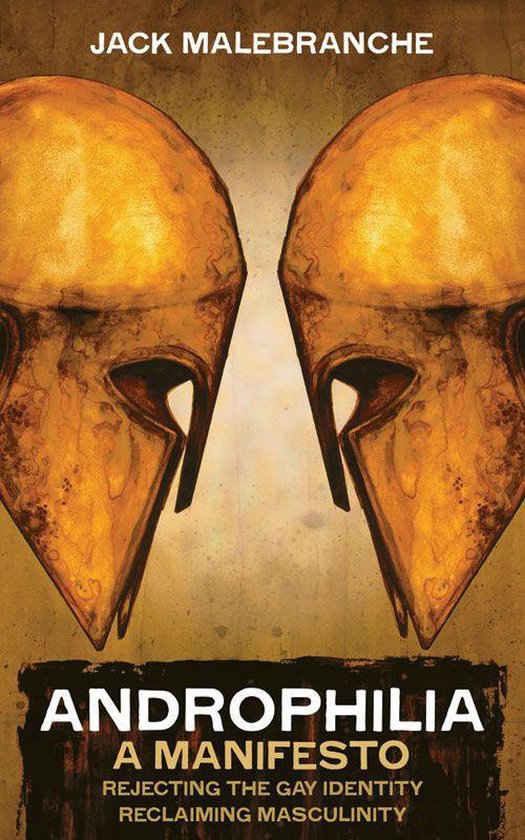 "...like a blowtorch to the forehead.â€ -- The Bay Area Reporter "...will soon be required reading for young homosexual men looking for an alternative to disco balls, rainbow flags and celebrity gossip.â€ -- Just Out, Portland "a straight-talking Drill Instructor for today's gay generation, weaning them off pop divas and bear beauty pageants and licking them into a more manly, more self-reliant shape, ready to re-join the masculine fray.â€ -- Mark Simpson, British journalist who coined the term "metrosexualâ€ "...let's just agree to hate it...and leave it at that.â€ --Richard LaBonte, syndicated reviewer for gay newspapers nationwide The word gay has never described mere homosexuality. Gay is a subculture, a slur, a set of gestures, a slang, a look, a posture, a parade, a rainbow flag, a film genre, a taste in music, a hairstyle, a marketing demographic, a bumper sticker, a political agenda and philosophical viewpoint. Gay is a pre-packaged, superficial persona--a lifestyle. It's a sexual identity that has almost nothing to do with sexuality. Androphilia is a rejection of the overloaded gay identity and a return to a discussion of homosexuality in terms of desire. The gay sensibility is a near-oblivious embrace of a castrating slur, the nonstop celebration of an age-old, emasculating stigma applied to men who engaged in homosexual acts. Gays and radical queers imagine that they challenge the status quo, but in appropriating the stigma of effeminacy, they merely conform to and confirm long-established expectations. Homosexual men have been paradoxically cast as the enemies of masculinity--slaves to the feminist pipe dream of a 'gender-neutral' (read: anti-male, pro-female) world. Androphilia is a manifesto full of truly dangerous ideas: that men can have sex with men and retain their manhood, that homosexuality can be about championing a masculine ideal rather than attacking it, and that the "oppressive construct of masculinityâ€ despised by the gay community could actually enrich and improve the lives of homosexual and bisexual men. Androphilia is for those men who never really bought what the gay community was selling. It is a challenge to leave the gay world completely behind and to rejoin the world of men, unapologetically, as androphliles, but more importantly, as men. The 2011 Scapegoat Publishing Kindle Edition includes a new Afterword by the author.
Toon meer Toon minder