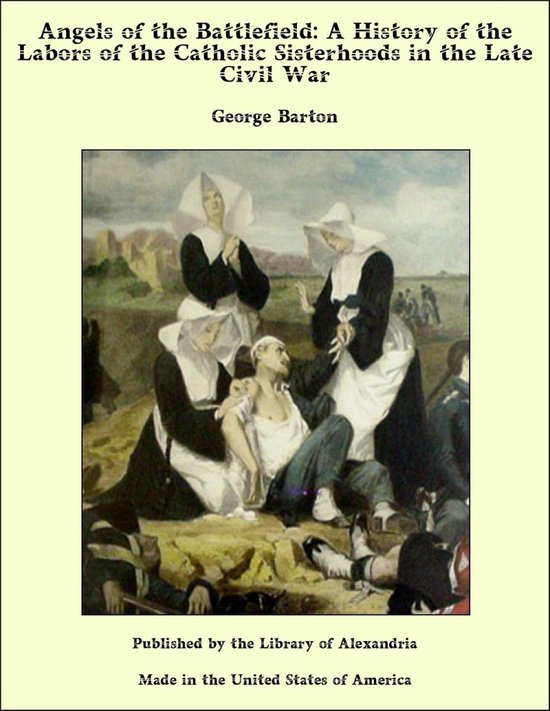 The object of this volume is to present in as consecutive and comprehensive form as possible the history of the Catholic Sisterhoods in the late Civil War. Many books have been written on the work of other women in this war, but, aside from fugitive newspaper paragraphs, nothing has ever been published concerning the self-sacrificing labors of these Sisterhoods. Whatever may have been the cause of this neglect or indifference, it is evident that the time has arrived to fill this important gap in the literature of the war. “The Sisters,” to quote an army chaplain, “do not have reunions or camp-fires to keep alive the memories of the most bloody lustrum in our history, but their war stories are as heroic, and far more edifying, than many the veterans tell.” That genuine humility so characteristic of the Sisters has made the collection of the necessary data for this work very difficult. Most of the stories embodied in the pages that follow have been gathered by personal interviews, through examinations of various archives and records, and by an extensive correspondence with Government officials, veterans of the war and the superiors of convents and communities. It is impossible to enumerate all those who have aided in the work, but the writer desires to thank especially the Sisters to whom he is indebted for the chapters relating to the Sisters of Mercy who were with the Irish Brigade in the West, and to the Sisters of St. Joseph who were at Camp Curtin, in Harrisburg, Pa. While the author has not hesitated to avail himself of every possible source of information, it is only fair to say that the great bulk of the material that goes to make up the volume has been drawn from entirely original sources, and is presented in printed form for the first time. In order to form a basis for the work all of the obtainable literature bearing upon the civil conflict was examined in a thorough and exhaustive manner. It is no exaggeration to say that nearly one thousand volumes bearing upon the “late unpleasantness” were searched with the hope of finding some data bearing upon the saintly work of the Sisterhoods. The books of reference included the more important histories of the war; the memoirs and recollections of the leading generals of both the Union and Confederate armies; the debates in Congress, the lives of the founders of the several religious orders; the histories of the Church and of the Sisterhoods, and a score of miscellaneous works too numerous to name in a preface. The official records and correspondence of the war, issued by authority of Congress, under the supervision and at the expense of the government, consists, in itself, of more than one hundred bulky volumes. The return from this immense crop of literature, so far as the Sisters were concerned, was ridiculously small. It did not begin to be commensurate with the amount of time, labor and patience involved in the research. A rare letter or document, and the occasional mention of a Sister in the reports to the War Department constituted the sum total. The oft-quoted hunt for the needle in the haystack furnishes the only adequate comparison of the work in this instance. The Generals and the officials who had the direction of the awful struggle were, in the main, too busily engaged in making history to pause long enough to mention the modest hands that bound up their wounds, soothed their fevered brows and performed those other acts of faith and charity that seem to belong essentially, not to the weaker but to the gentler sex. In addition to this, the files of the secular and religious newspapers, from 1860 to 1865, were minutely examined and the results carefully collated.