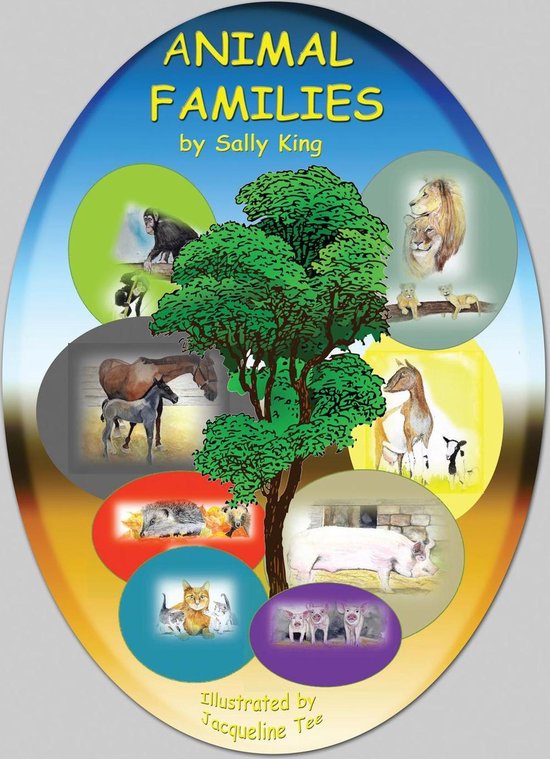 These rhymes are original and fun, as well as being educational. This is a book for children to enable them to learn the gender names of animals. So few children learn these now, even though it is general knowledge and part of the vocabulary of the English language. Sally King began writing using the simple names of farmyard animals; she thought this would appeal to five to seven year olds as well as their parents and teachers. Then, after some research, her results found that eight to nine year olds were not familiar with some basic names such as "sow" for a female pig or "stag" for a male deer.


The rhymes have been developed to include more unfamiliar names such as those for a crab, a falcon or a seahorse, in the hope of perhaps making the book appeal to older children too.


The repetition at the end of each rhyme engages the child. In her experience teaching children of all ages for over thirty years, Sally knows how much children love repetition and rhyme. She sees the book, perhaps, as one that might be read aloud by a parent, with the child joining in with the repeated lines or perhaps a rhyme being read by a teacher to an infant class and the class learning the names as they join in with the familiar lines.


The author has not come across any book similar to this one, that addresses the subject of learning animal names, so she feels this will meet a demand in the marketplace.