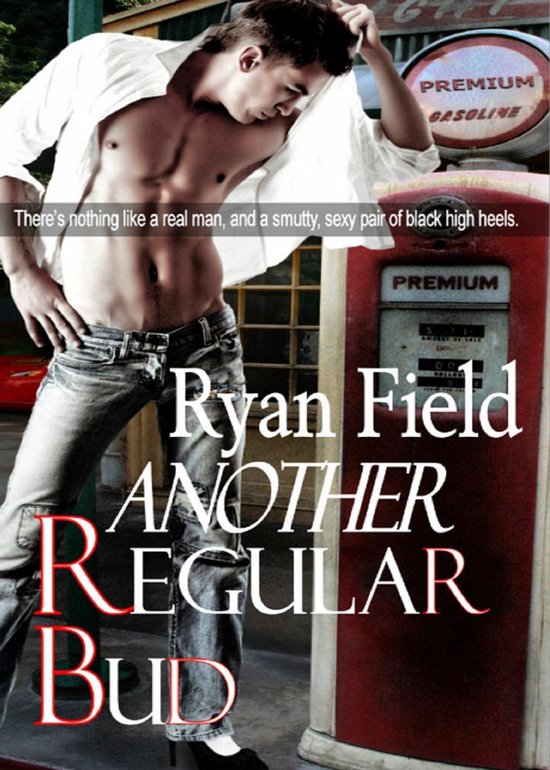 When I pulled into Bob's service station, I passed the gas pumps and parked head on against one of the open garage doors. My legs were sore, and my feet were pulsing. I'd just come from football practice, and it was warmer than usual for that time of year.
It wasn't a serious football team, and I wasn't a serious football player. Just a group of guys I'd know in college who liked to get together and toss a ball around outside a gym after work. Though I'd showered with the guys after practice, all I wanted to do was go home and plop on the sofa.
But I'd been having troubles with the car, and I didn't want to let the situation get worse. It was the end of October, and I had a busy weekend coming up and didn't want to deal with car problems.
Earlier that afternoon, I'd done something extremely out of character: I'd stopped at a small erotic boutique to pick up a pair of six-inch black leather stilettos.
Though I'd never done drag before, my best friend had talked me into going to a costume party that Halloween weekend as one of the characters from the movie Burlesque. Not any one character in particular. I was just going for theme this time.
I'd already ordered a sexy, slinky lace and leather outfit from an erotic website and a short blonde wig from another. A good female friend was going to help with the makeup and fake fingernails. But I'd been worried about ordering the high heels online and figured it was better to go out and buy them in person to make sure they fit well. I didn't want to walk around in pain all night. And to my surprise, the high heels I bought fit almost as well and were almost as comfortable as my old black boots, even with my black socks.
Before I turned off the ignition, I pulled off the high heels and threw them in the back seat. The saleswoman had warned me it was a good idea to get used to them before I wore them that weekend. So after football practice, I decided to wear them on the drive home. When I pulled up to red lights and stopped beside other cars, I couldn't help laughing at what they would have done if they'd known the nice-looking, straight acting guy in the car next to them was wearing black six-inch stilettos.
I didn't want anyone in the service station to see me driving around in high heels, so I tossed them over my shoulder, and they landed on the floor in the backseat. Then I put on my conservative black leather Prada half boots and climbed out of the car to see about getting the engine checked out.
"Hey, Brad," the mechanic said with a throaty football-player voice. He was teasing me, and we both knew it. "What can I do for you today?" Then he smiled and lugged a massive truck tire into the boiling hot garage. His biceps bulged; a thick vein in his neck stuck out. It was so hot, small beads of sweat trickled down the sides of his rugged, chiseled face, and I felt my heart skip a beat.
But I wasn't in the mood to joke around. Though I didn't frown or sneer, I shoved my hands into my pockets and clenched my fists. Then I forced a smile. I was a regular customer at his gas station and had been signing the credit card receipts "Rick Johnson" for at least three years…he knew damn well my name wasn't Brad. But he'd always said I reminded him of Brad Pitt, the actor. I know it was a compliment; I know I should have been ready to fling back a quick, light-hearted reply. But I didn't think I resembled Brad Pitt in the least, and I usually laughed it off knowing he meant no harm.