Anwar Sadat The Life and Legacy of the Egyptian President 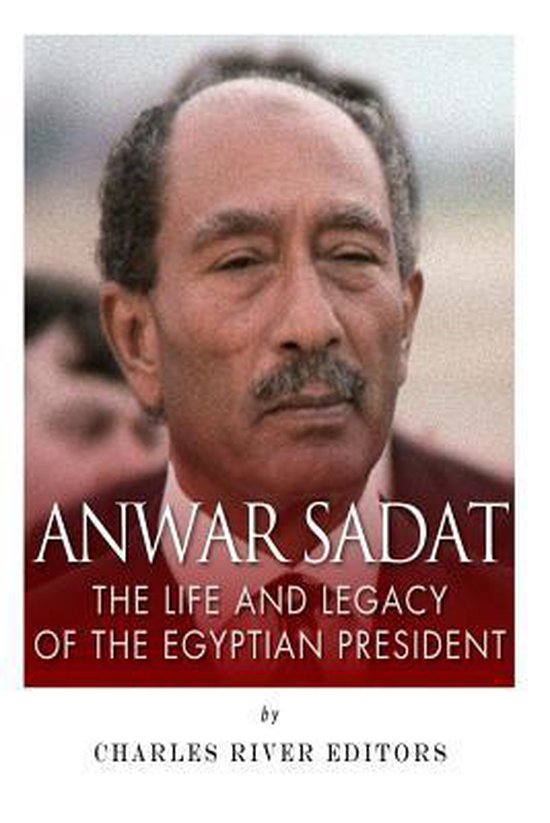 *Includes pictures
*Includes Sadat's own quotes about his life and career
*Includes footnotes and a bibliography for further reading
On a beautiful sunny day in March 1979, as thousands of Egyptians awaited in anticipation, a plane landed in Cairo. Moments later, Egyptian President Anwar Sadat stepped out, welcomed by thunderous cheers from an overjoyed crowd. He had just returned to his country from Washington D.C., where five days earlier he had signed a historic treaty with Israeli Prime Minister Menachem Begin and U.S. President Jimmy Carter, bringing an end to three decades of war and hostilities between Israelis and Egyptians. Few moments in the history of this region were as momentous and poignant as the signing of this treaty, the first between Israel and any Arab country, and Egyptians across the country hailed Sadat as their hero and expressed pride in their leader, the bringer of peace. Egypt had good reason to celebrate the treaty. Since 1948, the country joined other Arab states and went to war with Israel on four occasions: the 1948 Arab-Israeli War, the 1956 War, the 1967 Six-Day War, and the 1973 Yom Kippur War. All were ultimately unsuccessful in fully defeating Israel, and Egypt, of all the Arab states, experienced the heaviest losses, both in human casualties and financially. It was Sadat’s deep-seated resolve and the will of the Egyptian people that forged the path to the unprecedented normalization of relations between Israel and an Arab country.Pride in and respect for Anwar Sadat was not limited to his people either, as much of the world touted Sadat as a great world leader and peacemaker. Together with Begin, Sadat was awarded the Nobel Peace Prize in 1978 for their efforts in negotiating the peace treaty. Sadat was applauded by leaders of democratic nations across the world, and he opened up a new chapter of Egyptian foreign relations, establishing the country as a modernized and stable power in the historically tumultuous Middle East. As with many historic moments that inspired significant change, not everyone was supportive of Sadat’s peace efforts. Only two years after the signing of the Egyptian-Israeli Peace Treaty, President Sadat was assassinated by members of an Islamic fundamentalist group, the Egyptian Islamic Jihad, in October 1981. As a president who succeeded the revolutionary Gamal Abdel Nasser and was succeeded by the long-reigning Hosni Mubarak, Sadat and his legacy are often overshadowed by the forceful prowess and authoritative legacies of Nasser and Mubarak, his presidency reduced to the peace treaty and the subsequent Nobel Prize he received. In fact, Sadat appeared to have suffered from a misrepresented image for much of his military and political career. Though the significance and true impact of Sadat and his legacy may be difficult to define, it can certainly be said that Sadat inhabits a unique place in Egyptian history. Compared to Nasser’s chaotic and rallying rule and Mubarak’s oppressive reign, Sadat’s presidency was marked with stability, reform, and above all, a yearning for peace. The peace efforts that Sadat undertook permanently changed the political, economic, and social character of Egypt, and though he was praised as a hero by many yet cursed as traitor by some, a majority of Egyptians fell in the former group, or at least acknowledged Sadat’s courage and hard work.Anwar Sadat: The Life and Legacy of the Egyptian President chronicles the life and legacy of one of Egypt’s most famous presidents. Along with pictures of important people, places, and events, you will learn about Sadat like never before, in no time at all.
Toon meer Toon minder