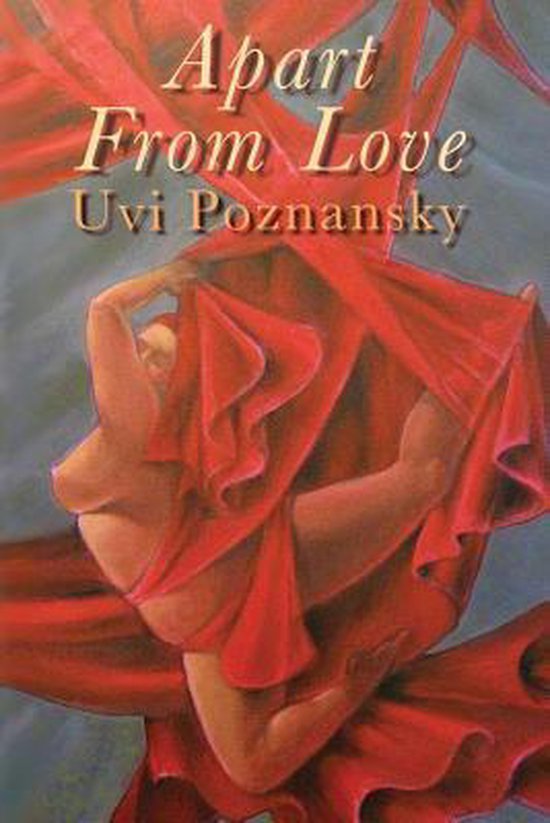 Apart from Love is not your typical love story. All-consuming, heart-wrenching, and dark, it is an epic that starts when Ben returns to meet his father, Lenny, and his new wife, Anita. It is then that he discovers a family secret. How will they find a path out of conflicts, out of isolation, from guilt to forgiveness?


Ten years ago, Anita started an affair with Lenny, in spite of knowing that he was married and that his wife was succumbing to a mysterious disease. Now married to him and carrying his child, how can she compete with Natasha's shadow and with her brilliance in the past? Given Anita's lack of education, how can she resist his compelling wish to transform her? Can she survive his kind of love?


Faced with the way he writes her as a character in his book, how can Anita find a voice of her own? And when his estranged son, Ben, comes back and lives in the same small apartment, can she keep the balance between the two men, whose desire for her is marred by guilt and blame?


Coming back to his childhood home after years of absence, Ben is unprepared for the secret, which is now revealed to him: his mother, Natasha, who used to be a brilliant pianist, is losing herself to early-onset Alzheimer's, which turns the way her mind works into a riddle. His father has remarried, and his new wife, Anita, looks remarkably similar to Natasha, only much younger. In this state of being isolated, being apart from love, how will Ben react when it is so tempting to resort to blame and guilt? "In our family, forgiveness is something you pray for, something you yearn to receive, but so seldom do you give it to others."


Behind his father's back, Ben and Anita find themselves increasingly drawn to each other. They take turns using an old tape recorder to express their most intimate thoughts, not realizing at first that their voices are being captured by him. These tapes, with his eloquent speech and her slang, reveal the story from two opposite viewpoints.


Do you like historical fiction about the 20th century, especially when it is tinged with romance, fraught with marital issues, and wrapped in a family saga? Then this series is for you.
Toon meer Toon minder