Apocrypha of the Dark Crusade Omens of the Millennium 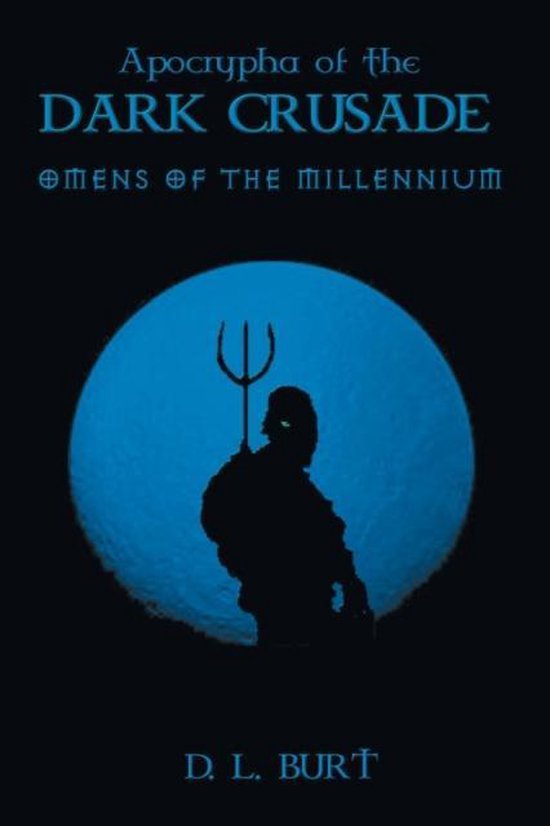 An ancient race discovers a lost device able to create souls and comes in conflict with those sent to reclaim it.


Suppose you had to fight a war in a place you could not go. So you sent warriors protected in specially made armor to do the fighting for you. For thousands of years you sent them. For thousands of years they fought and died in your name only to be resurrected and returned, again and again, ever engaged in eternal war, waged by immortal warriors.


Now suppose the device to grant them infinite life has been stolen by your enemy who now has the power to existence-erase your warriors forever.


A science fiction horror story set in the Sixth Millennium, the second book of the apocrypha trilogy is told in a tense Gothic style, immersed in Anglican and Norse myth and lore. Chronicling the quest for the lost Ark of Souls, Omens of the Millennium takes you into an alien civilization on the verge of redemption and resurrection a culture very similar to our own, and every bit as terrifying.


You have plunged into a galaxy deep in war. Fought light years beyond the present in the dark future of the Sixth Millennium, the Empire of the Known Realm is heavily engaged in grim conflict against cunning enemies struggling for their own survival amidst the savage stars. Though there are many ruthless rivals to contend with, the main conflict centers around two great powers: the Imperial Trident Empire and the Dark Forces of the Triskelion. Both were once of human ancestry, but long ago, the Triskelion abandoned Mankind, forsaking their humanness to become their merciless adversaries. Lead by Ratava the Revengeful, Ruler of Ruin, and Khan Kaang, the God of Gore Commander of the Kraken Corps, they are fiercely determined to existence erase the Trident blood line down to the last human chromosome.


Not only is each side waging war with the other in the Great Galactic Crusade, they are also defending their Empire against horrifying outside adversaries with their own agenda for the annihilation of the Universe.


The adventure before you and the Great Galactic Crusade that you are about to undertake, chronicles the Legends and Legions of these two embattled Empires and that of their allies in their race for everlasting salvation or eternal extinction. Streaking across eternity, every infinite inch is measured in human lives. And for Mankind, time and souls are running out at the speed of light. Spanning timeless dimensions and fathomless space, it is a war of attrition waged between the Apostates of the Apocalypse and the ancient Apostles of Armageddon. It is an Age of dark science and deep secrets, a time when the Legions of the Lord battled the Dominions of the Dark Forces of the Triskelion raging throughout the astral heavens of Valhal and the Known Realm, where the stars long ago have descended into darkness.


Yet to conquer the Cosmos completely means to triumph in the holy quest for the lost Codelax, the divine celestial instrument that is the creator of souls. For whomsoever possesses it, holds the fate of all else. For with its sacred powers, it is decided who is reborn into the physical world and whose soul is forever cast into the black void of the Necromancer, Natas, Triskelion BlackLord of the Dark Domain.