April Daughter of the Sun and Moon 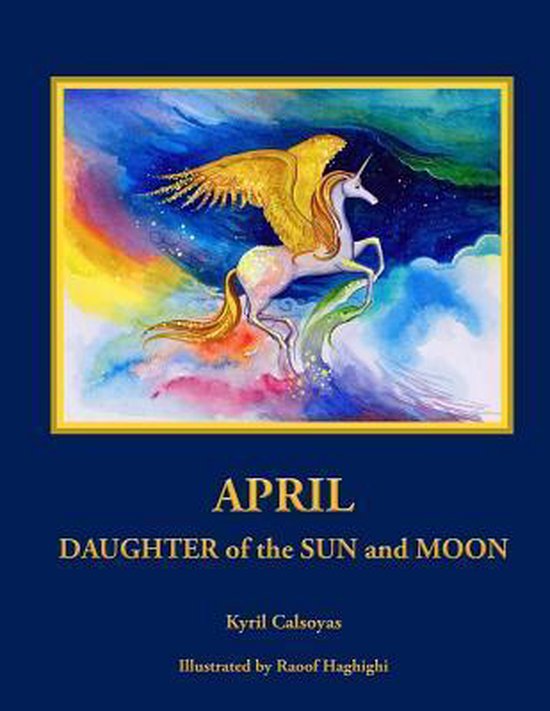 The story of April is a childrens story presented for all ages. Drawing on themes of kindness, humanity, and the holiness of the bond between a parent and a child, April reminds us that a great spirit can be contained in just a little girl.April  Daughter of the Sun and Moon is two stories of how love conquers darkness and overcomes even the most difficult challenges. Children will find meaning and hope in Aprils story and join in her discoveries and joys. April, a little girl living in a village high in the mountains with her grandmother must make two journeys across the planets to save her father the Sun and her mother the Moon. In the first story, April and the Moon, April encounters the dark worm Eno who threatens her mother the Moon. She must use her father the Sun's great power to rescue the Moon and help Eno feel love for others again. In the second story, April and the Rainbow, April and her rainbow unicorn brother Shambala must travel to her father the Sun to rescue him from the dreaded Sky Fish sucking in all of his light. On her travels across the solar system April learns what it means to be a child of the Sun and the Moon and the power of the love that she shares with her parents. April is joined by Kepr the sacred sun scarab beetle and Luna the moon moth sent by the Sun and Moon to give April the strength she needs to overcome the forces of darkness consuming her mother and father. Through her experiences, April learns that children and their parents are connected forever through their love across any distance or length of time.
Toon meer Toon minder