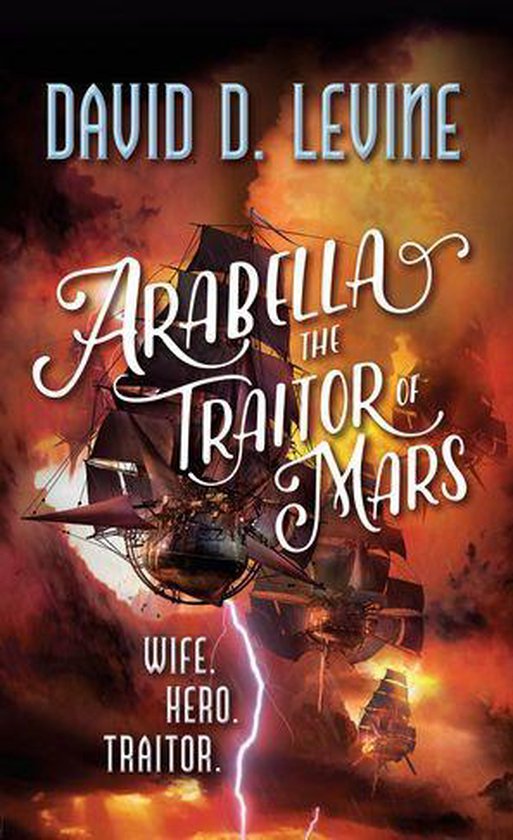 From David D. Levine comes Arabella the Traitor of Mars, the newest book in the Adventures of Arabella Ashby series.


The tyrant, Napoleon, has been defeated with Arabella and the crew of the Diana leading the final charge. But, victory has come at a tremendous cost. Britain's savior, Lord Nelson, has not survived the final battle and the good people of the Diana must now return to London as both heroes and pallbearers.


At last husband and wife, Arabella and Captain Singh seem to have earned the attention of great men, ones who have new uses in mind for the Mars Company captain and his young wife. Both Company and Crown have decided that it is time to bring Mars into the folds of Empire, and they think Singh is the perfect man to do it.


Now, Arabella must decide between staying loyal to the man she loves and the country of her father or betraying all that she has known to fight alongside the Martians in a hopeless resistance against the Galaxy's last remaining superpower.