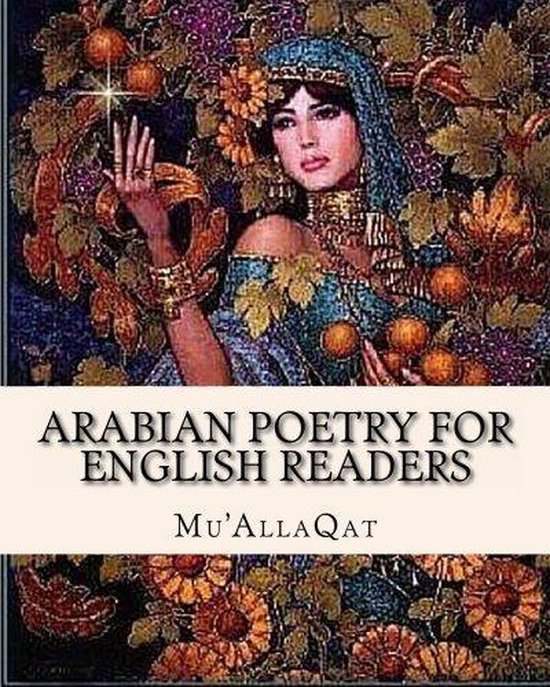 ''This is an anthology of 19th century Orientalist translations of Arabian poetry, many of which are very rare, as is this particular book. Most of the included works either predated Muhammed or were contemporary, so there are many fascinating bits of pre-Islamic lore. Included is the Moallakat, or the 'Hanged' Poems, a collection of seven pre-Islamic poets whose works were once displayed (i.e. 'hanged') in the Ka'ba. Another highlight is a synopsis of the 'Romance of Antar,' an oral saga of a brave prince of old Arabia, and many deeds of derring-do. The one downside here is all of the variant ways of transliterating Arabic words, which probably will take an specialist in Arabic literature to sort out.''PREFACE.THE history of the present volume is soon told. I was engaged in collecting material for illustration of the migrations and transformations of Popular European Tales and Fictions, and, in the course of my researches, had occasion to consult the works of Sir William Jones, where meeting with his translation of the MU'ALLAQaT, or Seven Ancient Arabic Prize Poems, the idea occurred to me that a reprint of it would be acceptable to a few personal friends, interested in Asiatic literature. The project was readily approved; and it was suggested that these Poems might be interesting to a larger section of English readers. A tentative Prospectus was then issued, proposing to privately reprint Sir W. Jones' translation of the Mu'allaqat and Carlyle's Specimens of Arabian Poetry. This proposal met with support, not only from English scholars and public libraries, but from many distinguished Orientalists; and it was resolved to add to the volume a selection from the Poetry contained in Hamilton's translation of part of the famous Arabian Romance of 'Antar. The connecting of these selections with an outline of the leading incidents of the Romance was an afterthought. Even if Hamilton's volumes were readily accessible, which they are not, few mere English readers would care to go through his diffuse translation, which is rendered more unreadable by the magnificent poetry being printed without a break, often for two or more pages together. But the Epitome included in this volume will perhaps satisfy the curiosity of readers generally regarding a work of which assuredly a complete English translation will never be attempted.The SHORTER ARABIAN POEMS, translated by Dr. Carlyle, and entitled, ''Specimens of Arabian Poetry''--first published in 1796, and again in 1810--are confessedly paraphrases in English verse rather than translations. The selections, together with the translator's anecdotal notices of some of the authors, furnish, nevertheless, a concise history of Arabian literature during the most flourishing period of the Muslim empire.But this volume must possess an interest and value far beyond what might otherwise possibly attach to it, in containing the famous BURDA POEMS of K'AB and EL-BuSiRi, which are here presented for the first time in English, by Mr. J. W. Redhouse, whose high reputation for scholarship will be a sufficient guarantee to the English reader that the translations are as accurate as it is possible to render such enigmatical compositions into our language.
Toon meer Toon minder