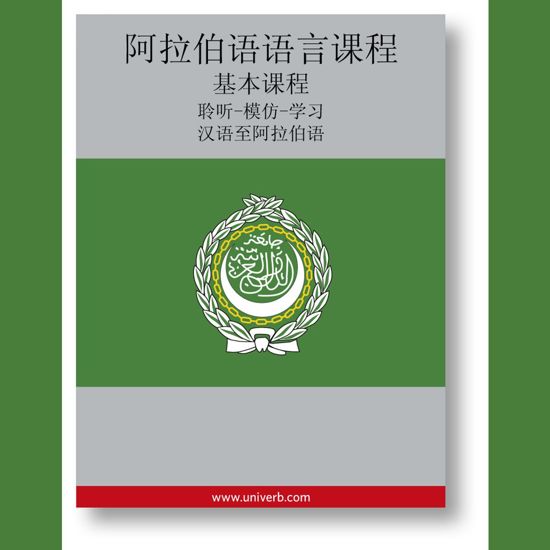 Arabic Basic CourseListen-Repeat-LearnListen: Hear a phrase first in Chinese and then twice in ArabicRepeat: Practice at your own pace and learn the pronunciationLearn: You may begin to start using your new language within a few exercisesThis is a bilingual (Chinese to Arabic) downloadable course in Arabic.The course contains of 3 hours MP3/AAC-file downloaded recorded material and 2 course booklets in PDF-format. The textbooks follow the chapters of the recording.This introductory course is both in English and Russian and contains the following 37 chapters:1. Common expressions when you meet someone2. The cardinal numbers3. The ordinal numbers4. The time5. The days of the week6. The months7. The seasons8. The weather9. The colours10. By train11. By air12. At the airport13. At passport control / at customs14. At the hotel15. Breakfast16. Renting a car17. At garage/ at the petrol station18. By bus 19. By underground20. By taxi21. Giving directions22. Common expressions when you are in need of help23. At the bank24. At the post office25. Telephoning26. Common socializing expressions27. At the restaurant28. Food29. Drinks30. Purchases and shopping31. At the doctor's32. At the chemist's33. Common expressions in emergencies34. On the beach35. Entertainment36. Excursions37. SportYou will learn approximately 800 new words.In everyday speech a person uses between 500 and 1500 words.According to the scale provided by the European Council's levels of Language Proficiency,you will have mastered level A1 at the completion of this course.This implies that you will be familiar with the most common words and basic phrases related to your immediate surroundings, a well as being able to read common names and simple sentences. You will be able to converse when your interlocutor speaks clearly and slowly. You will be able to complete basic application forms.