Aravind Adiga's the White Tiger. a Study in Systemic Marginality 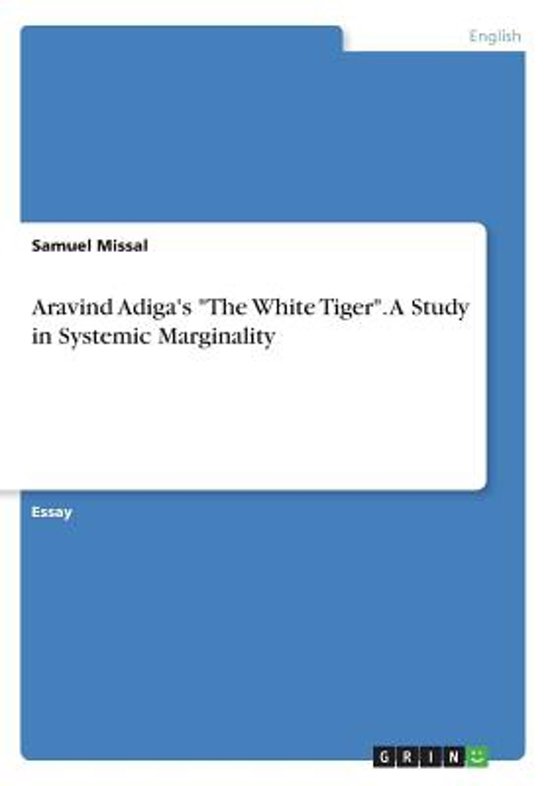 Essay from the year 2015 in the subject English Language and Literature Studies - Comparative Literature, course: Faculty member, language: English, abstract: The concept of marginality first developed by the sociologist Robert E. Park has evolved over the decades into multifarious dimensions. While sociologists, geographers, environmentalists and economists have used different terms like exclusion, peripheralization, and marginalization to describe economic and ecological disadvantages; postcolonialists have used the concept of the subaltern to critique the empire. As a postcolonial text, The White Tiger depicts the condition of the marginalized in all its complexity in the post-liberalized Indian Society. In the novel, marginality is seen as a systemic condition that is sustained through the hegemonic exercise of power by one group of people over another. This paper attempts to show how such systemic marginality permeates all aspects of the society - economic, social, political and even spatial - in the novel. The study reveals that The White Tiger is a document of our times that reflects the reality in all its sordidness.
Toon meer Toon minder