Archaeological Diary about the Trip to Central Mongolia in 1891. 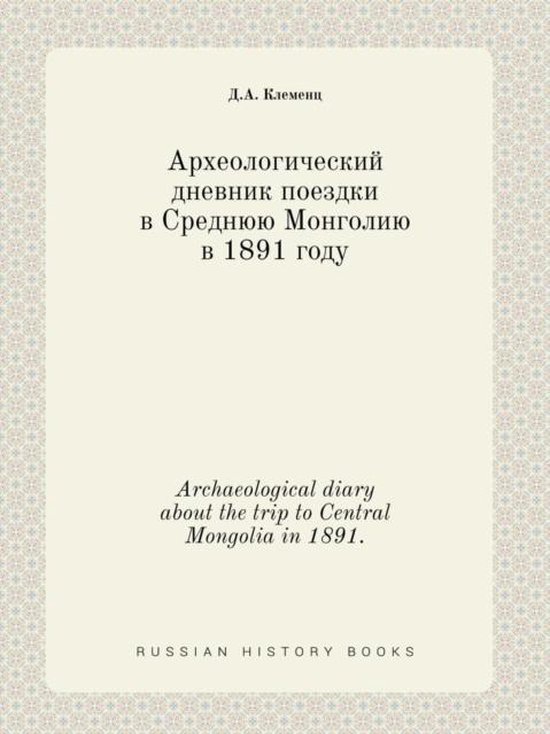 Clements, Dmitry Alexandrovich (1847 - 1914), writer and leader of the populist movement of 70-ies. Joining this movement from the beginning, Clements played a very important role there. He was one of the editors of a foreign magazine "Community" and published in St. Petersburg magazine "Land and Freedom." The arrested even before the emergence of the "People's Will" in 1879, Clements, after two years of detention, he was exiled to Eastern Siberia administrative and lived in Minusinsk. At the end of the reference Clements remained voluntarily in Siberia, studying it in the ethnographic and anthropological terms. His work in these areas were published in editions of the Geographical Society. Having occupied the position of chief secretary of the East Siberian department of the Geographical Society in Irkutsk, he organized an expedition to explore the Sibiryakov the Yakutia region, where he went in person; then she took an active part in the Orkhon expedition Radlov academician.
Toon meer Toon minder