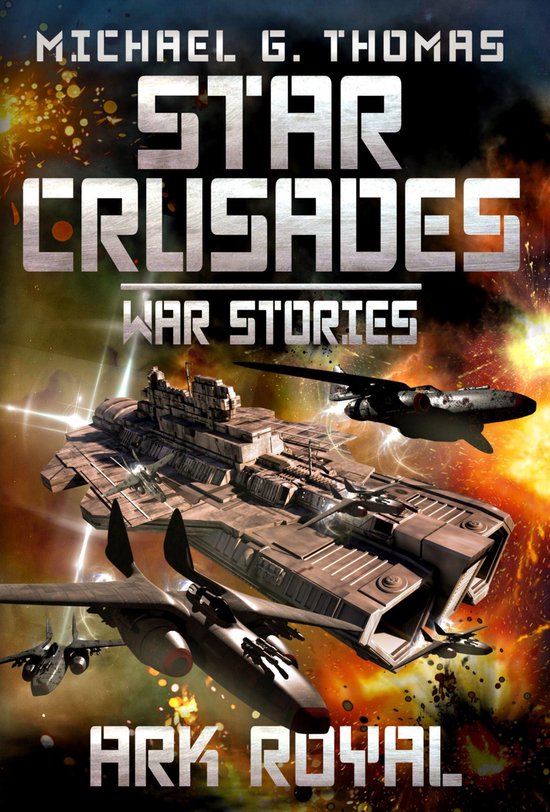 Ark Royal is the most powerful starcarrier ever built. A massive 440m long behemoth that carries vast numbers of starfighters onboard. Commanded by the rising star in the Confederate Navy, the renowned Admiral Churchill, and crewed by experienced officers. She's capable of tackling an entire flotilla on her own. No enemy would dare stand against her…until the Great Uprising. In an instant her entire battle group is engulfed in violence as friends turn on each other in one of the most infamous engagements of the war. A battle that would shape the future of humanity for generations to come. This is the story of the Confederacy's most famous starcarrier, CCS Ark Royal.


Star Crusades: War Stories a thrilling science fiction series of short novels that follow many of the famous heroes, villains, ships and events throughout the epic Star Crusades universe. They can be read in any order, and complement the main series of books.