Ark Templars, Tapas and the Ark of God 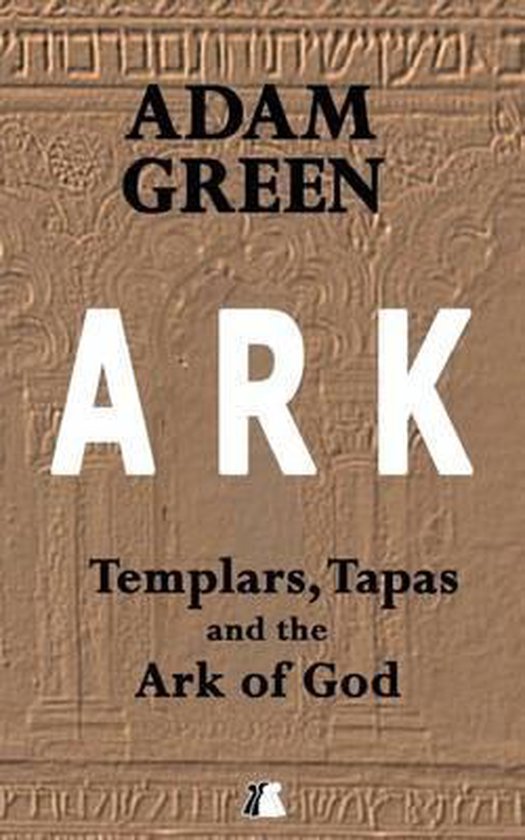 In April of 1974—the penultimate year of Franco’s rule over Spain—during an excavation at the Transito Synagogue in Toledo a mysterious structure is unearthed. It is immediately apparent to medievalist Professor Alex Martinez that the structure had already been discovered just ten years earlier when its contents were looted. His subsequent enquiries into the mysterious affair expose a chain of violent and tragic events culminating in the death of the fascinating Loli Garcia and the shocking revelation of a macabre connection between Franco himself and the Ark of the Covenant. Internationally renowned genetic scientist and amateur Ark enthusiast—the charming yet haughty Carlos Garcia—then tells Alex of the Ark’s perilous and convoluted journey from Ethiopia to Spain during the 13th century under the secret protection of the Knights Templar and how, due to a dramatic historical twist of fate they were compelled to hand it over to the Jews of Toledo. Carlos then reveals Alex’s own link to the Ark and the fabled house of Kohath through his 14th century Jewish ancestor, the magnificent Samuel Abulafia, royal treasurer to King Pedro the Cruel of Castile. Then, aided by his three old Cambridge colleagues—debonair and reserved British Egyptologist, Malcolm Ericson and biblical archaeologists; eloquent and affable American, Ron Smith and gritty and charismatic Israeli, Omri Barkan—Alex learns of the Ark’s ancient Egyptian beginnings in the time of Tutankhamen and its ambiguous role in the state cult of early Israel. Set mainly during Spain’s tumultuous transition from a fascist dictatorship into a constitutional monarchy The Sons of Kohath describes how Alex—a principled, hot-headed, soccer-mad bon viveur and ale loving anglophile—supported by his beautiful and longsuffering wife Elena struggles to fulfil his Kohathite burden. Following a hostile confrontation with the inherent racial prejudice of his nation’s political establishment a disillusioned Alex decides to aid Omri in a covert operation to return the ark to Israel. However, the Jewish religious authorities, realising the Ark’s potential to fatally challenge the traditional story of the origins of Judaism pressurise the Israeli government into a drastic decision. Alex Martinez’s 17 year vigil over the fate of the Ark climaxes in the stark surroundings of a Tel Aviv airport shed where he sets eyes upon western world’s most coveted artefact for the first and last time before it is returned to the Ethiopian Church. At its heart The Sons of Kohath is a dramatic, provocative and witty human tale of the eternal struggle between bigotry and reason.
Toon meer Toon minder