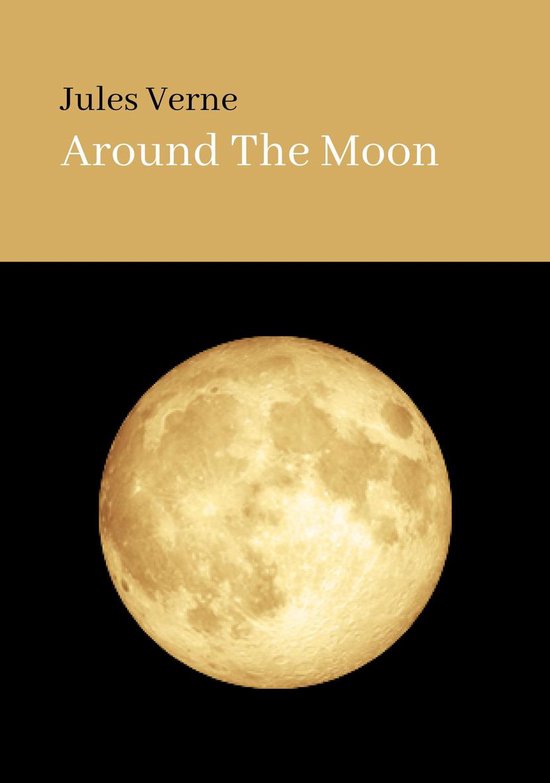 The projectile designed by the Gun Club was fired from the gigantic Columbiad gun. On board are Barbicane, Nicholl and Ardan, who begin a five-day journey to the Moon. No sooner had this journey begun than the projectile failed to be hit by an asteroid that passed within a few hundred metres of them. The asteroid was captured in the Earth's gravitational pull zone, making it a second Moon of the Earth.

During their journey, the three men experience other adventures. They are intoxicated by various gases that temporarily prevent them from breathing. Miscalculating, they momentarily think that their course has been deviated and that they are now heading towards the Earth. Later, they understand that their encounter with the asteroid has indeed caused them to deviate from their original course: while the projectile was planned to land on the Moon, it enters orbit with the Moon.

Barbicane, Ardan and Nicholl take the opportunity to make observations, thanks to a small long view, of the Moon's geography. Then, the projectile heads towards the Moon's northern hemisphere, i.e. the part kept in shadow. It is now extremely cold and everything is plunged into darkness. Finally, the projectile reaches the light again and regains its warmth. It is now heading towards the southern hemisphere. The three men, safe in their shelters, can observe the spectacular view of Tycho, one of the largest craters on the Moon. The travellers wonder about the possibility of life on the Moon, then conclude in the negative. They agree, however, that it must have been inhabited in the past.

The projectile is now moving away from the Moon and is approaching the neutral point, the point where the Moon's gravity and that of the Earth are at equal force. Michel Ardan has an idea: the idea is to use the recoil force of the rockets, located underneath the projectile and which were to serve to cushion their landing, to propel themselves to the Moon and carry out their mission.

When the projectile reaches the neutral point, they launch several rockets, but this operation was carried out too late. The projectile begins its course towards the Earth and is about to reach it at a prodigious speed. All hopes seem lost for the three explorers.

But four days later, the team of a US Navy vessel spotted a meteor falling towards the sea. It is in fact the projectile, which is fished out: the three men are alive and well. They are welcomed and celebrated with enthusiasm: they are the first men to have left Earth.