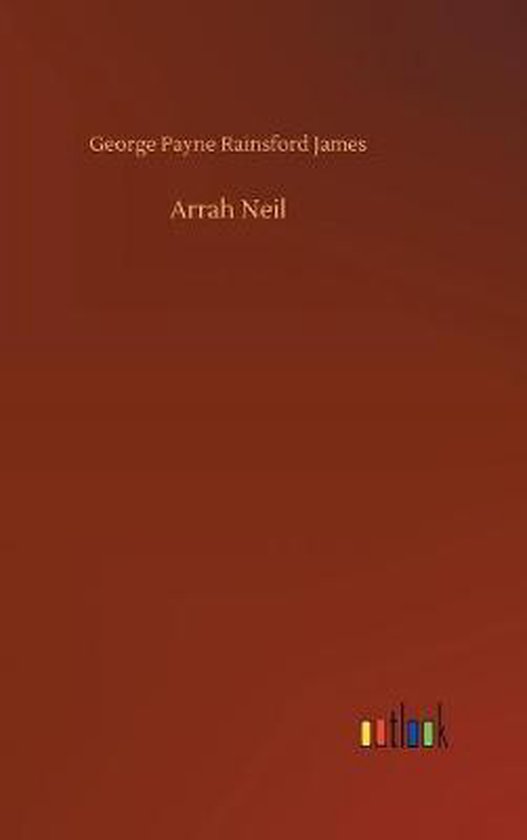 GEORGE PAYNE RAINSFORD JAMES, Historiographer Royal to King William IV., was born in London in the first year of the nineteenth century, and died at Venice in 1860. His comparatively short life was exceptionally full and active. He was historian, politician and traveller, the reputed author of upwards of a hundred novels, the compiler and editor of nearly half as many volumes of letters, memoirs, and biographies, a poet and a pamphleteer, and, during the last ten years of his life, British Consul successively in Massachusetts, Norfolk (Virginia), and Venice. He was on terms of friendship with most of the eminent men of his day. Scott, on whose style he founded his own, encouraged him to persevere in his career as a novelist; Washington Irving admired him, and Walter Savage Landor composed an epitaph to his memory. He achieved the distinction of being twice burlesqued by Thackeray, and two columns are devoted to an account of him in the new ''Dictionary of National Biography.'' Each generation follows its own gods, and G. P. R. James was, perhaps, too prolific an author to maintain the popularity which made him ''in some ways the most successful novelist of his time.'' But his work bears selection and revival. It possesses the qualities of seriousness and interest; his best historical novels are faithful in setting and free in movement. His narrative is clear, his history conscientious, and his plots are well-conceived. English learning and literature are enriched by the work of this writer, who made vivid every epoch in the world's history by the charm of his romance. ''Arrah Neil; or, Times of Old'' is a characteristic mixture of history and sentimental romance. The historical matters are concerned with an early episode in the Great Civil War, which centred in the destinies of the important town of Hull, the ''magazine of the North.'' Sir John Hotham was governor at the time that the King hoisted the Royal Standard at Nottingham, and though he closed the gates against his Majesty, it was felt by both sides that his defection from the Parliament was not at all unlikely, especially if they persisted in extreme measures. This doubtful attitude of Sir John, the strained relations between him and his son, Colonel Hotham, and the hopes and fears of the Royalist party as to the possession of Hull, are the historical elements in the plot, and give rise to an intricate series of extremely entertaining as well as exciting events. The plot is hardly well put together; James does not trouble himself much about his ''loose ends,'' and it looks as though the French mission, on which the King sends the Earl of Beverly and Captain Barecolt, were merely a pretext for their subsequent adventures. On the other hand, the novel contains one singular and striking success. James often attempts low comedy and frequently fails, but in the boasting, swaggering, and resourceful Barecolt, the indomitable Royalist soldier, who ''might have become almost as great a man as he fancied himself if it had not been for his swaggering, drinking, drabbing, and lying propensities,'' he has given us what, according to the limits of his genius, corresponds to Scott's Captain Dalgetty. Barecolt is a character in every sense of the word, and his sayings and doings are as amusing as the strange events that befall him are exciting. The story of Arrah Neil is--a rare thing for James--a tragic one; the mystery of the plot is happily solved, yet the end is pathetic. But the pathos is by no means bitter or unmitigated, since the parallel half of the story ends satisfactorily, and due retribution falls on the offenders. James takes up the story of the Civil War again in ''The Cavalier'' and ''Henry Masterton,'' both of which deal with a more disastrous period in the career of the Royalists. Sir John Hotham and his son ultimately paid the penalty of their indecision, with their heads.
Toon meer Toon minder