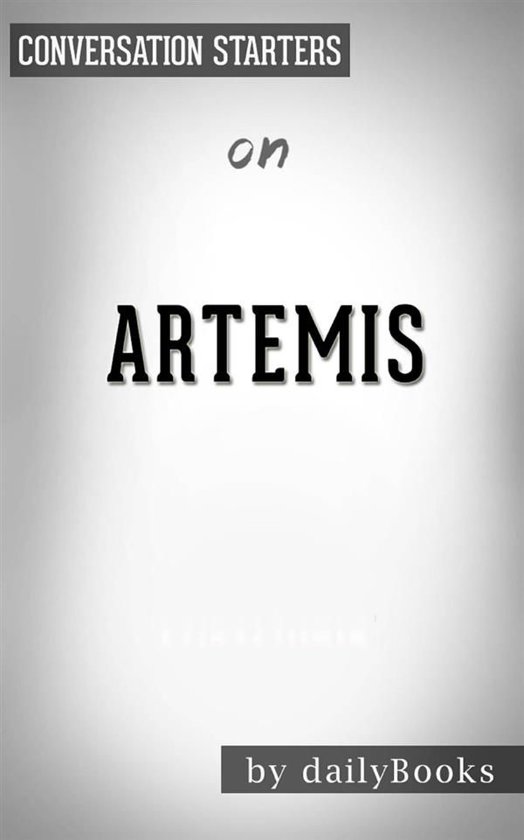 
Artemis is the the first city ever built outside earth, on the moon. Smart and sassy Jazz lives here but does not like being poor so she accepts a high-stakes job that will make her rich. She only needs to use her skills to help a businessman sabotage a mining operation. But her employer gets murdered and her actions put the entire city in peril as she gets trapped between two dangerous forces. A killer and law enforcers are after her. How can she save herself and her city?

Artemis is the second novel of Andy Weir, author of the bestseller debut novel The Martian on which the blockbuster film was based.


A Brief Look Inside:

than the surface of its pages. The characters and their world come alive,

and the characters and its world still live on.

Conversation Starters is peppered with questions designed to

bring us beneath the surface of the page

and invite us into the world that lives on.

These questions can be used to..

• Foster a deeper understanding of the book

• Promote an atmosphere of discussion for groups

• Assist in the study of the book, either individually or corporately

• Explore unseen realms of the book as never seen before