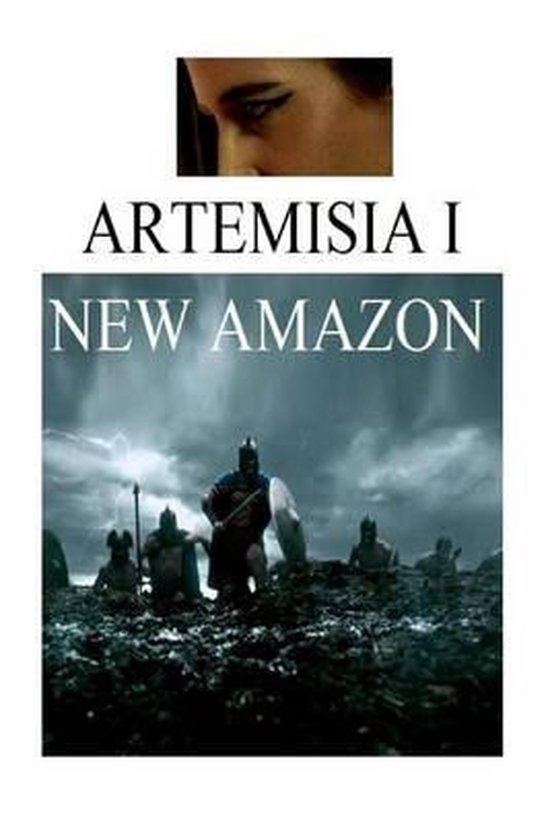 Billows of smoke rise aloft and ride along the bluster of the silvery dark. The bruised moon remains far off, unmoved, uncaring, quickly being consumed by a mass of stormy cloud. Rain descends from the lightning-brimmed horizon, hammering the dark surface of the unquiet sea. The naval battle at Salamis is over. The bowels of the ocean shake and begin to swallow the last of the remaining Persian war ships. The sea emits a tremulous roar, as though mimicking a deafening war cry from a time long erased from the world's memory. Flames sputter in the newly unbridled shaft of seismic wind. Artemisia gazes at the lofty mountain peak upon which Xerxes is seated comfortably on an elevated throne meticulously adorned with gold. The only female naval commander he has now watches him as he maintains a cold distance from the scene of bloodshed. A scene that reeks incessantly of death and defeat. Artemisia imagines the king's shattered smile and the cold void in his eyes. She watches as the servants raise the truncated mass of burnished gold and slowly whisk away the disgraced king to some elusive corner of the world. The servants move the king back into the unblemished security of the shadows, beyond which is a safe passage across the Hellespont and back to Asia. She knows that Xerxes refused to fight on the front lines like the Spartan king. Xerxes preferred to observe the battle from a safe and remote distance, knowing that he could quickly make his retreat if the Persians were defeated. At Thermopylae, he watched the Spartan king fight at the vanguard while he, blissfully aloof from the bloodied and embattled front lines, stood on a mountain peak. Moments ago, he stood and swallowed the sight of broken bodies as the Athenians burned the Persian war ships one after the other. Artemisia sees the war ships fade beneath the surface, and she feels the need to shout at the Persian king. She sees him as he withdraws himself into the familiar embraces of royal obscurity. She knows that she will never see him again. Be gone from my sight Withdraw into your precious realm of security. Show yourself no more to the world Be gone Her words remain unvoiced, drowning in the blood half-clogging her throat. Her eyes glimmer darkly and intensify, hopelessly losing themselves in a dark world of imagining as they sharpen the level of detail immediately surrounding the king's disgraceful retreat.
Toon meer Toon minder