As a Man Thinketh & from Poverty to Power 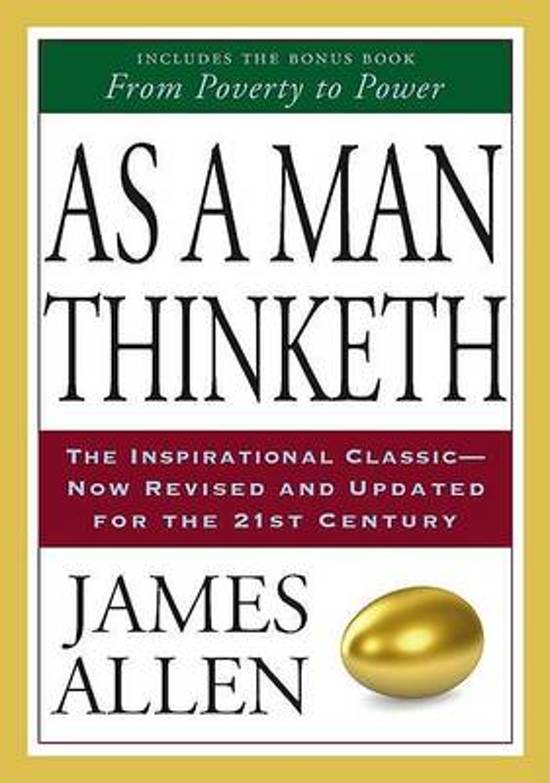 James Allen was born in Leicester, England, in 1864. He took his first job at age 15 to support his family, after his father was murdered while looking for work in America. Allen was employed as a factory knitter and a private secretary until the early twentieth century, when he became increasingly known for his motivational writing. His 1903 work As a Man Thinketh earned him worldwide fame as a prophet of inspirational thinking and influenced a who's-who of self-help writers, including Napoleon Hill, Dale Carnegie, and Norman Vincent Peale. Allen died at age 47 in 1912.
Alles van James Allen
Toon meer Toon minder

A revised edition of the classic meditation on how to achieve mind purity as a key part of enabling happiness and life satisfaction is updated for modern readers and features an updated complementary version of the author's first work, From Poverty to Power. Original.