As It Was An Ulva Boyhood 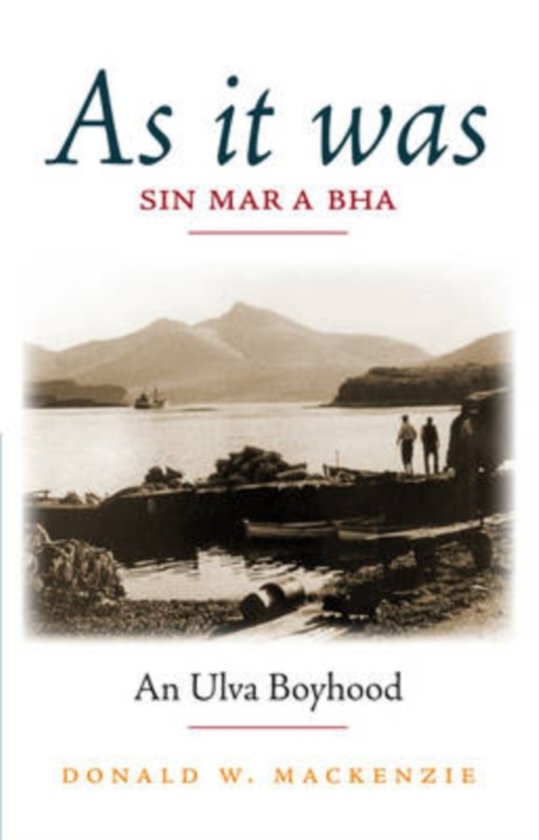 In 2000, Donald W. MacKenzie wrote As It Was/Sin Mar a Bha: A Ulva Boyhood, which is a combination of autobiography and a potted history of the island. His father was a Kirk minister, who moved there from Rothesay, where he had been in charge of the Gaelic church there. MacKenzie describes as a child, his early impressions of the island in the 1920s, and how the minister's children slowly began to recognise the landscape of eviction: 'We saw ruins of houses (tobhtaichean) roofless and windowless, and near them neglected green patches that had obviously been cultivated at one time. We saw overgrown ridges and furrows that once had been the lazybeds (feannagan) on which former inhabitants had grown their potatoes and cereals. When returned home from our explorations, to recount our discoveries, we learned, over the years, that the Ulva of 1827, when the church and the manse were built was very different from the Ulva we came to know a hundred years later.' The island of Ulva lies almost as if folded inside the great island of Mull. It is a place of great natural beauty and with an extraordinary story attached; a story never before told. So dominated is it by its great neighbour that its written history is a matter of fragments, oral tradition, folklore, hearsay and legend. Donald MacKenzie weaves together the history, songs and traditions of Ulva with his own reminiscences and recollections of that last Indian summer between the wars. His book is not merely a conspectus of all that is known, but of all that is remembered of the island, creating a moving and unique blend of history and recollection.
Toon meer Toon minder