As Long as We Have Slaughterhouses, We'll Have Wars Manifesto for a Slaughter-Free Civilization 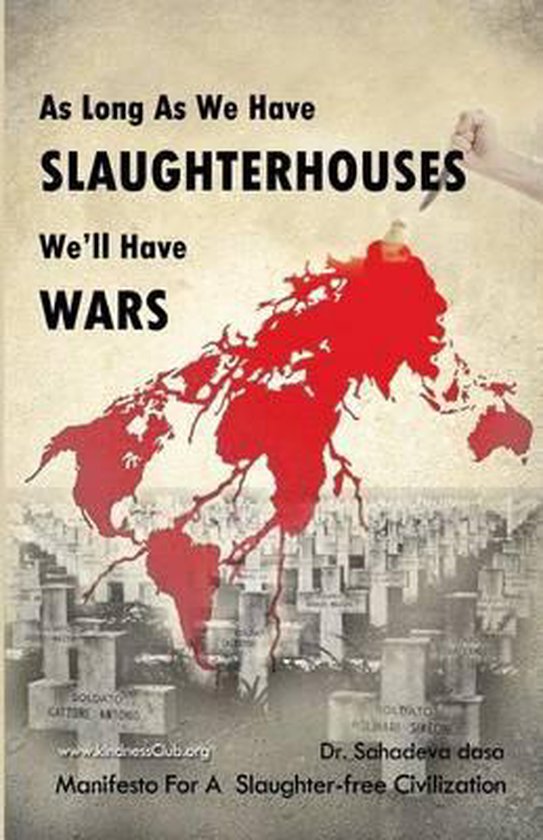 Savagery, much attributed to the 'old world' is not entirely absent in the 'new world' but rather it is more prevalent than ever before. Modern civilization has made the 20th century the bloodiest century in human history. Industrialization of wars and violence in the 20th century led to killing of more than 350 million people, directly or indirectly. Science and technology led to discovery and mass usage of lethal weapons. Usage of petroleum expanded the war zone to include several continents. Localized battles of 'old world' turned into global World wars. But world wars haven't stopped for a moment. World has not seen respite from war. Right at this moment there are several countries fighting wars with one another. There is internal war going on in almost half of the countries in the world. All these wars are being fuelled and sustained by billions of tonnes of weapons produced by the Military-industrial complex every year. An impressive array of chemical, biological and nuclear weapons are waiting to be dropped on our heads. What has been produced at great cost and is being stored with great care, is certainly meant for use and will be used one day. But why are we so hell-bent on killing each other? Why is our species so violence-prone? To answer these questions we would do well to think about our exploitation and slaughter of animals and its effect on human civilization. Could it be that we oppress and kill each other so readily because our abuse and slaughter of animals has desensitized us to the suffering and death of others? An ancient Chinese verse so rightly puts it, "For hundreds of thousands of years the stew in the pot has brewed hatred and resentment that is difficult to stop. If you wish to know why there are disasters of armies and weapons in the world, listen to the piteous cries from the slaughterhouse at midnight." Agnes Ryan concurs, "Wars will never cease while men still kill other animals for food, for to turn any living creature into a roast, a steak, a chop, or any other type of 'meat' takes the same kind of violence, the same kind of bloodshed, and the same kind of mental processes required to change a living man into a dead soldier." Peace will be possible only if we live and let others live.
Toon meer Toon minder