Aspects of Alterity Levinas, Marcel, and the Contemporary Debate 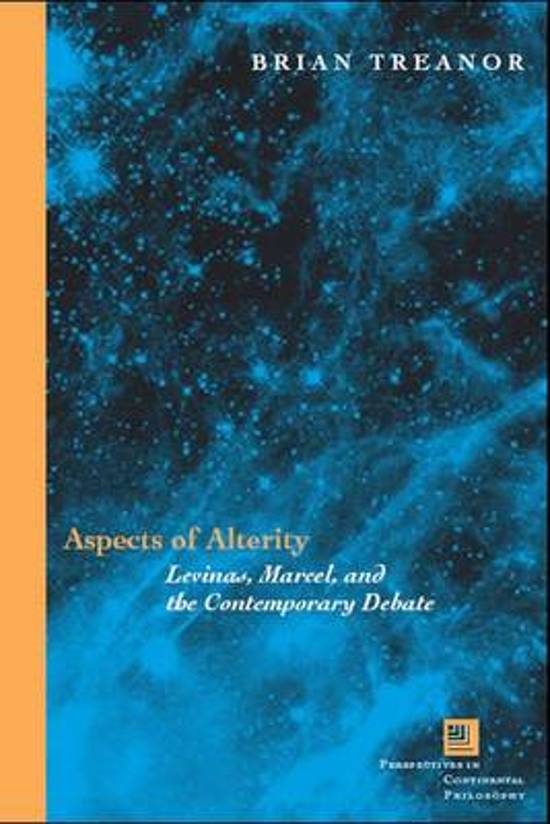 Every other is truly other, but no other is wholly other. This is the claim that Aspects of Alterity defends. Taking up the question of otherness that so fascinates contemporary continental philosophy, this book asks what it means for something or someone to be other than the self. Levinas and those influenced by him point out that the philosophical tradition of the West has generally favored the self at the expense of the other. Such a self-centered perspective never encounters the other qua other, however. In response, postmodern thought insists on the absolute otherness of the other, epitomized by the deconstructive claim every other is wholly other. But absolute otherness generates problems and aporias of its own. This has led some thinkers to reevaluate the notion of relative otherness in light of the postmodern critique, arguing for a chiastic account that does justice to both the alterity and the similitude of the other. These latter two positions-absolute otherness and a rehabilitated account of relative otherness-are the main contenders in the contemporary debate. The philosophies of Emmanuel Levinas and Gabriel Marcel provide the point of embarkation for coming to understand the two positions on this question. Levinas and Marcel were contemporaries whose philosophies exhibit remarkably similar concern for the other but nevertheless remain fundamentally incompatible. Thus, these two thinkers provide a striking illustration of both the proximity of and the unbridgeable gap between two accounts of otherness. Aspects of Alterity delves into this debate, first in order understand the issues at stake in these two positions and second to determine which description better accounts for the experience of encountering the other. After a thorough assessment and critique of otherness in Levinas's and Marcel's work, including a discussion of the relationship of ethical alterity to theological assumptions, Aspects of Alterity traces the transmission and development of these two conceptions of otherness. Levinas's version of otherness can be seen in the work of Jacques Derrida and John D. Caputo, while Marcel's understanding of otherness influences the work of Paul Ricoeur and Richard Kearney. Ultimately, Aspects of Alterity makes a case for a hermeneutic account of otherness. Otherness itself is not absolute, but is a chiasm of alterity and similitude. Properly articulated, such an account is capable of addressing the legitimate ethical and epistemological concerns that lead thinkers to construe otherness in absolute terms, but without the absolute aporias that accompany such a characterization.
Toon meer Toon minder

In this provocative text, Treanor not only offers a fascinating exposition of the competitive and complementary heterologies of Emmanuel Levinas and Gabriel Marcel, but he also sounds out the echoes of their voices in the contemporary debate between absolute and relative alterity. -- -B. Keith Putt * Samford University * Treanor's exposition of 'otherness' in Marcel and Levinas is lucid, thorough and provocative. -- -Brendan Sweetman * Rockhurst University * Aspects of Alterity provides a nuanced and wonderfully lucid account of the problem of otherness. By way of a careful reading of Levinas, Marcel, and their inheritors, Treanor compellingly argues that an absolute other can issue no call nor even be understood as other. Instead, Treanor points us to a 'relative otherness,' one that is still truly other but with whom relations are actually possible. -- -Bruce Ellis Benson * Wheaton College * This important and thought-provoking work successfully reveals the relevance of the underappreciated Marcel for contemporary debates in ethics and the philosophy of religion. * -Choice * Treanor stages a dramatic joust between the ethical theories of Levinas and Marcel - the resulting adjudication is ingenious, timely and scrupulously just. -- -Richard Kearney * Boston College * Contrasts the philosophical thought of Emmanuel Levinas and Gabriel Marcel in a study of what it means for something or someone to be other than the self. * -The Chronicle of Higher Education *
Toon meer Toon minder