At Home in the West The Lure of Public Land 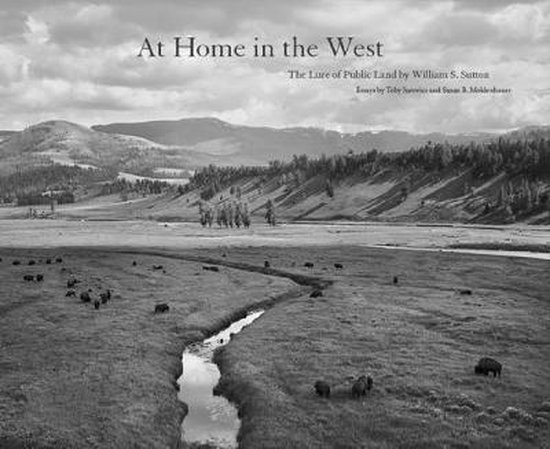 Throughout the world, the American West has defined the character of the United States of America as no other region in America ever could. The combination of awe-inspiring topography and landscapes, from the 100th meridian to the Pacific Coast, along with the integration of Indian and Hispanic cultures into the American fabric of life have long inspired citizens of the world to travel to and explore the vast lands that define the American West, from the middle of the nineteenth century to the present time. Photography helped to open up the West after the American Civil War by sharing views of nature unparalleled in any other place on Earth. And photography helped to create the beginning of a national park system that may well go down in history as America's greatest democratic ideal. It is no wonder that public lands have come to dominate the American West, from national parks to national grasslands and wildlife refuges, from national forests to national monuments and historical sites, from wild and scenic rivers to other sanctuaries of wilderness. Willy Sutton has spent much of the past thirty years getting out of his truck and into the landscape, taking his camera to places of natural wonder both well known and obscure. He has assembled one of the great photographic bodies of work dealing with the public lands of the American West, providing a glimpse of what these landscapes looked like before they were designated as national treasures. But, of course, because of their preservation, they are available to all citizens of the world today. Whether one has lived in or visited the West for an entire lifetime, or whether one is coming to the West for the very first time, all readers of this book will find in Sutton's photographs a magisterial guide to what makes the West so unique, so special. As essayists Toby Jurovics and Susan B. Moldenhauer make plain, Willy Sutton's photographs, as represented in this book, will long be held in esteem for the pioneering work they embody, even in this contemporary age dominated by urban development, social and economic inequality, and climate change. At Home in the West:The Lure of Public Land is a book for the ages.
Toon meer Toon minder