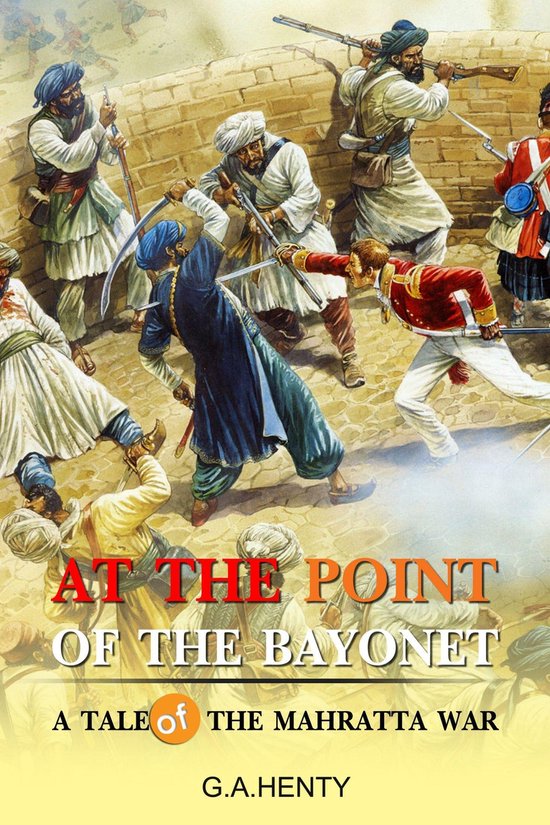 The story of the war in which the power of the great Mahratta confederacy was broken is one of the most stirring pages of the campaigns which, begun by Clive, ended in the firm establishment of our great empire in the Indian Peninsula. When the struggle began, the Mahrattas were masters of no small portion of India; their territory comprising the whole country between Bombay and Delhi, and stretching down from Rajputana to Allahabad; while in the south they were lords of the district of Cuttack, thereby separating Madras from Calcutta. The jealousies of the great Mahratta leaders, Holkar and Scindia, who were constantly at war with each other, or with the Peishwa at Poona, greatly facilitated our operations; and enabled us, although at the cost of much blood, to free a large portion of India from a race that was a scourge--faithless, intriguing and crafty; cruel, and reckless of life. The Mahrattas, conquering race as they were, yet failed in the one virtue of courage. They could sweep the land with hordes of wild horsemen, could harry peaceful districts and tyrannize over the towns they conquered; but they were unable to make an effective stand against British bayonets and British sabres. They were a race of freebooters; and even the most sentimental humanitarian can feel no regret at the overthrow of a power that possessed no single claim to our admiration, and weighed like an incubus upon the peoples it oppressed. The history of the Mahrattas, as written by Grant Duff, whose account I have, throughout, followed, is one long record of perfidy, murder, and crime of all sorts.