Atlas of Contemporary Art for Use by Everyone 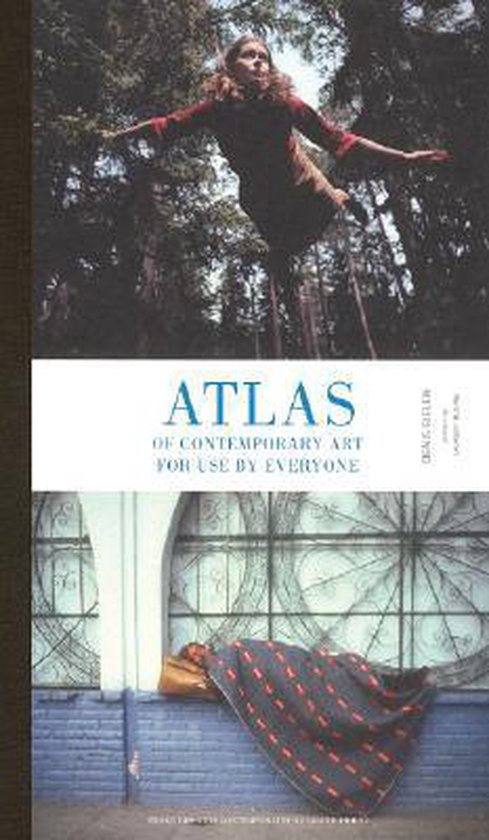 Using the format of a geographical atlas, the aim of this educational tool is to develop the interest of the public for contemporary art and to initiate dialogue between this art and other disciplines such as sciences, sociology, politics, etc. The book combines series of colour plates giving numerous historical, thematic and iconographic viewpoints with instructive texts - a mosaic of texts that take their inspiration from numerous quotes by artists, scientist and intellectuals, as well as encyclopaedia definitions, art reviews and short biographies. This French-English bilingual atlas, an initiative of the publishing section of the Museum of Contemporary Arts of Grand-Hornu (MAC's), compiled by Denis Gielen and with a preface by Laurent Busine, will be available in bookshops in spring 2007.nn***nOne of the goals of any author of an atlas is probably - on occasions - to survey the world in order to better explore it, whether he or she is a geographer, historian, hiker, philosopher, amateur or art collector... Seeing, naming and discerning the ways of the world is just as imperative as seeking to define their meanings: some are diverse and unpredictable, others are manifold and disordered. This appears to be particularly true of contemporary art, in the sense that it confronts us with statements about a world to which we belong in the same way as the artist, in other words in a non-finite time. nnThis book presents an alternation of illustrations, texts and synopses whose images and imaginative concepts all refer to one other. It is open to a multiplicity of inter-pretations, inviting confrontations and the discovery of similarities, relationships and analogies between works of art and various subjects of thought. To take stock of the field of contemporary art is to understand the movements and currents of which it is formed, but it also involves exploring the paths that interweave among them. nnDenis Gielen compiles facts, stories, art works and intentions, abiding by laws which, although they may not be universal, are nevertheless able to serve as our guide as we - author and reader - roam together along the meandering paths of creation, following the trails which unite the works and visions of our contemporaries. Thought and emotion carve out a sinuous and curious path here, even though this book is in principle open to the pursuit of all kinds of journeys. The Atlas of Contemporary Art can therefore be used by everyone, for it rejects no one.
Toon meer Toon minder