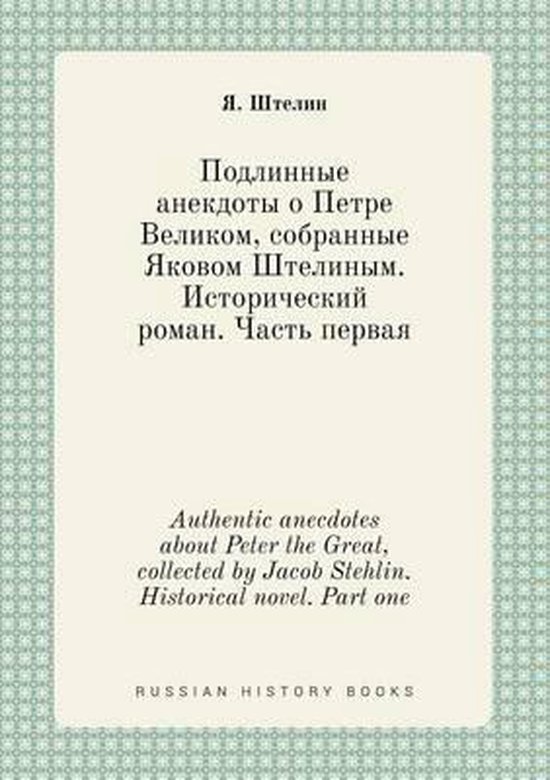 Jacob Staehelin witnessed the birth and development of the Russian education. Works AD Cantemir, VK Trediakovsky, AP Sumarokov and Lomonosov agitated the minds of his contemporaries, and on everyone's lips was the name of the builder of the new Russia of Peter the Great. His reforms radically changed the country, putting it on the evolutionary path of development. The Russian science, international trade, warfare and take care of the world, the promotion of arts and crafts, change class and family life - at every step along the path to progress felt mighty footsteps of Peter the Great. Jacob Staehelin has a deep respect for the memory of the first Russian emperor, and execute the office of teacher of the Crown Prince Peter III, in the classroom with the future head of state has always tried to emphasize this. After the ascent to the throne of Catherine the Great, he, contrary to expectations, terrible, was not arrested, and was appointed a member of the City Council, the Secretary of the St. Petersburg Academy of Sciences. Jacob Staehelin remained on Russian government positions until his death in 1785. He is buried in St. Petersburg. In the year of his death, the son of a scientist published a "true anecdotes about Peter the Great, collected by Jacob Stehlin." Such stories have become extremely popular in Europe, the book Jacob Staehelin withstood numerous editions, was colorfully illustrated popular prints. Philosophers and historians from Voltaire to Karamzin imbued with an interest in this kind of literature in Russia only from 1801 to 1830 book three editions. Thus we see that the image of the "folk" Peter and the very style of the historical anecdote, recorded from the lips of his contemporaries, brought to Russian soil comes from Germany Jakob Staehelin
Toon meer Toon minder