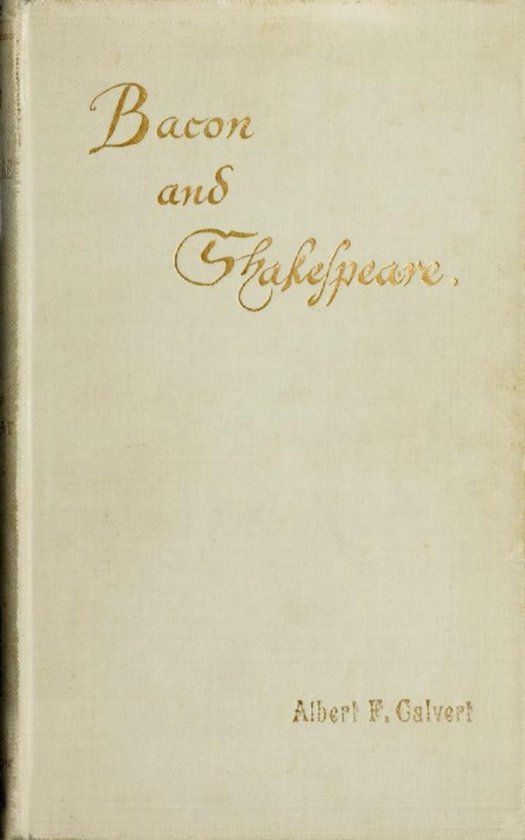 To anticipate for this little book that it may prove the means of convincing a single Baconian of the error of his ways, would be to express a hope that has only the faintest chance of realisation. Baconianism is so wilful and so obstinate that it is not amenable to any treatment that has yet been invented. It has its root in an entire misconception of the character and temperament of the man Bacon; it is nourished on the grossest misrepresentation of the man Shakespeare that the memory of an author has ever been subjected to. So long as the fallacy, backed up by specious argument, was confined to the consideration of the mighty few, it was scarcely necessary to enter into the lists with the Baconian champions, but the new and energetic move which is now being made to cast down Shakespeare from the ''topmost pinnacle in the temple of fame,'' and to set up the figure of Bacon in his stead, has had the result of bringing the subject once more into public view. In the circumstances, the publication of the following summary of the evidence may be found not inopportune. It may not effectvi a cure in the case of confirmed Baconians, but I have a modest hope that it will enable the unprejudiced inquirer to be on his guard against the hallucination. The Baconians have woven a cunning mesh of fact and fable to entangle the mind of the unwary; the task I have set myself is to review the premises, test the arguments, and combat the conclusions upon which Bacon's pretensions to the authorship of Shakespeare's plays is alleged to rest, and to explain the reasons that we hold for ascribing the authorship of the Plays to Shakespeare.