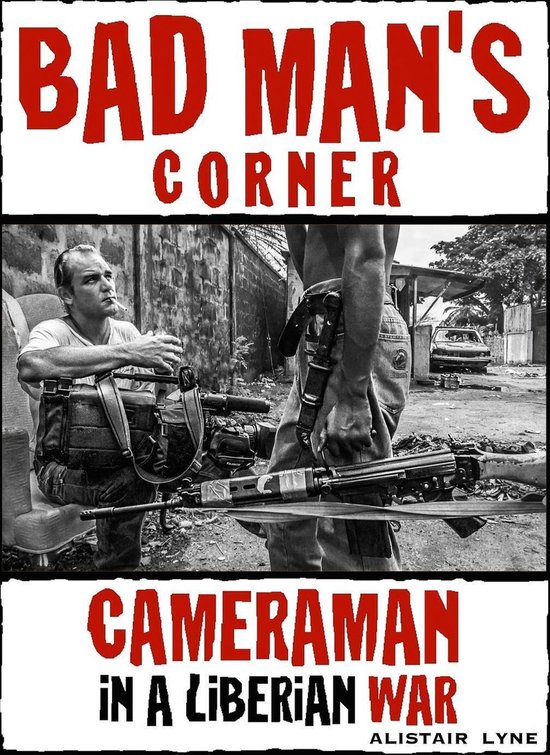 
"You gonna die today white boy, Krahn are gonna eat out your heart". Nothing like encouragement from locals to keep a news Cameraman on his toes. I was stranded in no man's land - that murky dead zone between sides in a war. After letting one army pull back in retreat, and while waiting for the other side to arrive, I was getting some lip from refugees. Living right on the edge to get a TV news assignment done in the madness, mayhem, blood and bullets of a wild West African war zone. Making sense of Monrovia going haywire. Journalism at the extreme.


Being in the eye of the storm is sometimes the safest place to be. "Bad Man's Corner" is a story by a frontline Cameraman risking all to chase down news for worldwide broadcast, and try stay alive and sane at the same time. It gives an on the ground, in the moment insight into gathering combat footage. Covering Liberia during the civil war as an International Journalist, you had to go the extra mile. Facing danger daily in the street battles, gun fights & shifting front lines of a city at war. © AP / Alistair Lyne. 2015.


"I'm totally captivated. It feels like I'm running along beside you. I'd forgotten what that adrenalin wrapped in fear felt like. It's great stuff - every budding video journalist should be made to read it!"


"Alistair Lyne is one of the greatest reporters I ever worked with. Brave as a Lion, talented as the best in the world and a man with the greatest heart!"


"A gripping taste of life on the front line. Your words are as compelling as your pictures. Any aspiring war correspondent should read this book."


"A never ending Gautrain on steroids - like a bullet. Chapter three is ... well, hardcore. Maybe a bit of polishing here and there, but it's rawness makes it unique."


"An amazing e-book about working in wartime Liberia. Alistair has combined words, photos and clip frames from his award-winning video in a download unlike anything I've ever seen. He puts you right next to him on Bad Man's Corner where you'll feel his adrenalin, his fear, his passion and his humanity. This is what it's like to report on a war in Africa."


''This book is great. Gripping stuff!''


"I'm hooked already on page 3 and it hasn't even begun yet."