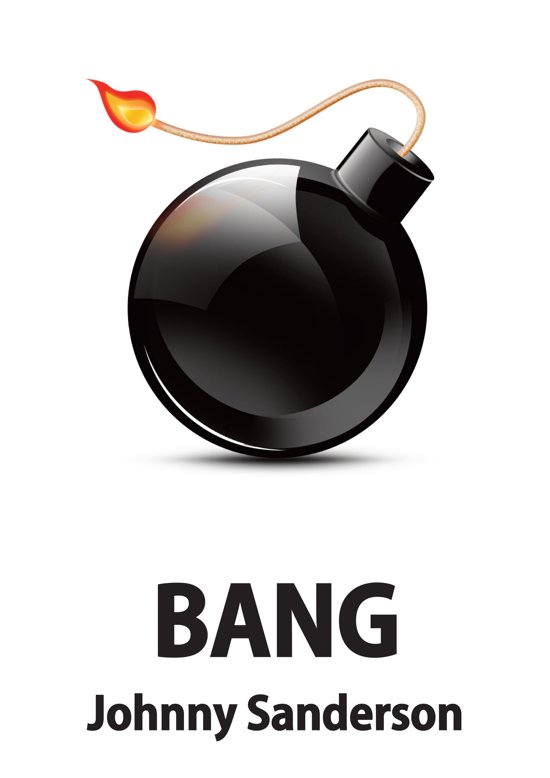 London newspaper journalist Johnny Tyburn becomes caught up in a turf war between British prime minister Hugh Sedgewick, Afghan warlord Omar Abdulla and over the hill defence secretary David Preston. Hugh has borrowed millions of pounds from Omar to get the London Games (now known as the McCrappy Fatburger Athletic Jamboree) from the Olympik Bribe Committee but has no money left to pay it back. He puts pressure on Preston to give up his ministerial cash, but the defence secretary doesn't want to play ball and cons Hugh's best friend Freddie, the chancellor, into handing over a load of money for a terrorrist threat that doesn't exist. Preston teams up with MI5 spy boss sir Thomas Quickshank and WhizzoClean soap powder boss Mr Dungeon, who is also governor of the local prison, to hatch a false terror plot to get rid of Hugh and Freddie. Fishmonger Albert Beeson, a friend of Johnny, is already under pressure from fascist Isledon Council food inspector Derek Bullstrode, who loves to enforce petty rules. Bullstrode targets Albert and arrests him on a trumped-up charge of possession of "illegal halibut'. He is found innocent but Dungeon over-rules the trial judge and has Albert jailed for being an agent provocateur for terrorists from Moldova. Johnny uses his Isledon Mercury gazette to highlight the conspiracy between Preston, Quickshank and Dungeon but Bullstrode, under orders, trashes the office and forces the closure of the north London newspaper. Johnny organises protest demo over imprisonment of Albert but WhizzoClean thugs, and Moldovan mercenaries break it up and cause chaos and disorder all around Isledon. A puppet TV station makes sure that Albert's supporters get the blame. Johnny is thrown into jail, as Albert is bust out from prison by Moldovan mercenaries, working for pretend terrorists, the Moldovan Fish Liberation Front. Albert is forced to make incompetent terror video with Ivan, Viku and friends in a bid to scare the public into forcing a change of prime minister. Johnny is hauled before a rigged Whizzoclean court and barely escapes being hanged for murder after judge Bastard dies from a heart attack while passing sentence. A kind hearted doctor stops Dungeon from kidnapping Johnny but WhizzoClean buy the hospital and Johnny is forced to escape in a coffin he has "borrowed' from a dead man. Isledon pensioner Edith Watkins offers him somewhere to stay. Omar, angry with the lack of cash, teams up with Hugh and Freddie to kidnap Preston and torture him into giving the money back. Does not work. Omar rashly agrees to temporarily spare Hugh and Freddie's lives if they put up government buildings as collateral for unpaid loan. Omar's desire for Buckingham Palace leads to a meeting, with the queen, Freddie and Mustafa, where her majesty falls for Omar and performs oral sex on him, in full view of everybody Albert, Ivan and co are told to make more terror videos to scare the public as Hugh and Freddie bribe the US ambassador into letting them use CIA agents to rob people in the street to raise money for their jamboree "donation' tax. Preston is desperate to get rid of Hugh and Freddie and comes up with idea of training people as kamikazee killers, to blow up the PM and the chancellor. OAPs and suicidal phone callers don't take the bait so Dungeon recruits hypnotist brother-in-law to brainwash ten people into becoming suicide bombers. Johnny recaptured after CIA agents take Mrs Watkins home to check out her "dead husband' reason for not paying the jamboree Tax. The journalist is dragged back to the WhizzoClean prison and is due to be executed as soon as Dungeon's suicide bombers kill Hugh, Freddie etc. Final chapter is a race against time as Hugh and Freddie desperately wait for race sponsor money to pay Omar before they are blown up by suicide bombers. Story climaxes as final athletics race ends, Miss Pakenham moves to hang Johnny and Bullstrode surprises everybody.
Toon meer Toon minder