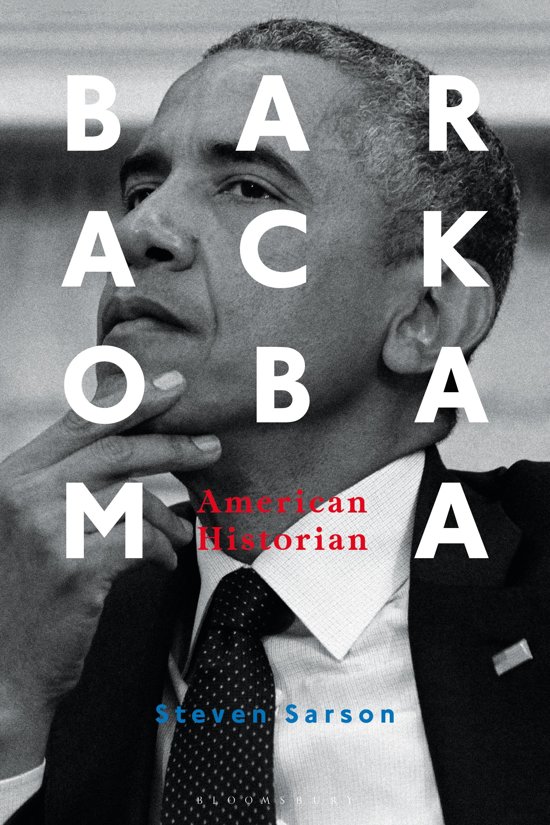 Barack Obama's politics are deeply informed by his profound knowledge and understanding of his country's history. His articles, books, and speeches are replete with references to America's past and how that relates to the present he sees and the future he envisions.


Exploring Obama's own words, Steven Sarson examines his interpretation of American history from colonial times to the present, showing how Obama sees American history as beginning with the "common creed" of equality and liberty proclaimed in the Declaration of Independence and the "more perfect union" created by the Constitution. He analyses Obama's understanding of the colonies, revolution, and early nation, slavery and the civil war, segregation and civil rights, economy and society, Native Americans and foreign policy. An epilogue explores how Obama personifies the American dream through the stories of individuals, including his own.


A unique and fascinating take on the past and how we interpret it, this book will appeal to all students and scholars of American history, as well as anyone interested in Obama's presidency.

In the course of his careful, very readable, analysis of Obama's vision of America Professor Sarson performs yet another service for history buffs. He does a fine, jargon-free, job of summarizing decades of scholarship in ways that are both accessible to lay readers and give a sense of why we historians, like President Obama, believe history matters. * Ronald Walters, Professor of History, Johns Hopkins University, USA * In this timely and brilliant book, Steven Sarson uncovers Barack Obama's compassionate, coherent conception of his nation's past: a story of a people striving for unity out of diversity, and which, through trial and tribulation has progressed. Written in lucid, engaging prose by a masterful historian with a deep understanding of both Obama and the history he tells, this book offers much-needed hope as well as understanding. It is essential reading for anyone who cares about America and is interested in why its past is so bound up with its present. * Adam Smith, Senior Lecturer in History, University College London, UK * Through a fascinating and thoroughly researched accounting, Sarson's book gives us the American history that Barack Obama wrote and spoke about throughout his public life. That history is the foundation for the hope that Obama famously invoked with such regularity. How could Obama continue to insist on hope as a theme, given how much he knows about America's darkest past? Sarson argues convincingly that Obama's American history is a key to the political history of our time. * Karin Wulf, Professor of History, College of William and Mary, USA *
Toon meer Toon minder