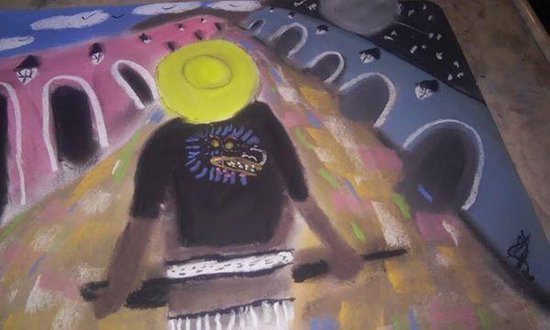 About a year ago, the present ''stequionoumenological spectrometer'' denounce the ''Barbarie, Pluto-Kakistocracy and Perpetual Slavery'' of the ''homo terrenalis'', and of course it is logical to suppose, and just like it was expected: the corruption, perversion, degradation and decay of man follows all that he gives, in an unprecedented social maelstrom that penetrates and invades to the most remote place of the body, soul, spirit, and thought of that same ''homo terrestrialis'', which in the course of a little less than six centuries, leapt from being ''primate'', to being ''sapiens'' and then ending in ''criminalis'' (half human and half wild), which has led to the world at large, both individually, as a collective, to a massive and sudden loss of identity, course and destiny, as well as to an inconceivable and unprecedented confusion that the ''Pluto-Kakistcrata idle class'' in power continues to use in order to maintain the prevailing status-quo, through the old but renewed, schemes and systems of economic exploitation, used systematically and indiscriminately by their teachers and ancestors during the conquest, colonialism, capitalist expansion, and the imperialist neoliberalism, and which are based on the economic and social subjugation of peoples, through the establishment of the apparatus of state domination, psychological manipulation and social control of the masses, which over the years have significantly deteriorated, and almost completely wiped out most of the rules, values, norms, uses, principles, traditions, customs, statutes, treaties and conventions of all kinds related to pacific human coexistence, generating a tsunami of racial hatred, discrimination, degradation, and perversion, and triggering a barrage of skirmishes and conflicts of all kinds such as those related to international terrorism, organized crime, drug trafficking, pornography and pedophilia, human and slaves trafficking, etc., being the most harmful, harmful, grotesque, aberrant and abominable of all those issues the ones that have to do with the sexual deviations of multiple denominations, exhibiting, or rather warn and explain: why ? the loss of identity, heading, values, and human principles (a direct consequence of atheism and ignorance of the ''homo decrepitus, decadentis'', has led humanity to a massive psychological state of extreme insanity, since the frequency of local, regional and international conflicts and controversies is incessant, endless and inevitable, and clearly reflects the metempsychosis that has gradually been experiencing by the ''homo terrenalis'', foreshadowing the eminent disappearance of the species on the face of the Universe, probably because of an unexpected, mistaken and/or an irresolute launch of a nuclear device that would trigger a chain reaction, ''domino effect'', which would lead the powers that boast such mass destruction capability, and nuclear power to the Third and last III world war, that nobody will be able to talk about it


The arrival to the United States presidency of the ''anunnaki-mukamo-archon Major Donald John Trump'', and the implementation of its policies of racial superiority and discrimination, slobbering, blackmail, bribery, threats and domestic and external political manipulation, is undoubtedly one of the most tragic, embarrassing, erratic, and disastrous contemporary events for the whole of humanity, as it not only poses a threat to international peace and security, and to the social and economic development of planet Earth, but at the same time warns us about the arrival of the antichrist, and the end of time, in an ''axial era'' in which the possibility that there will be neither defeated nor victors, do not represent at all only the tragedy and failure of the species as such, that by the way and in these precise ones is greatly deteriorated by the falsity of the fictional world of paper and plastic that man himself built, in which the idea of the existence of God and his holy regulations and commands were removed from the "human hypothalamus", and its divine and wonderful light was covered and replaced by the wickedness, concupiscence, selfishness, envy, usury, utilitarianism, and the pestilent and ridiculous political narcissism of our day, represented and defended with nuclear weapons, with nails and even with the teeth, by that insensitive pluto-Kakistocratic and imperialist idle class in power, which by the way, are the heirs and direct defenders of the nauseating, pestilent, and unbearable ''status quo'' prevailing, which is based on the maelstrom of barbarism, and is supported by the ''riches of death.''


In this second independent edition, and due to the barrage of global conflicts of various orders, degrees and proportions, it has become essential and necessary to expand and substantially explain (qualitatively) those relevant aspects and/or (concepts and ideas) that are related to the most pressing and important or priority international events of the moment such as: 1._ The ''Impeachment (political judgment) of the 45th president of the USA'' (for abuse of power for personal purposes, and obstruction of Congress) that will soon face the ''anunnaki-mukamo-archon Donald John Trump'' (for the peace of mind of humanity in general, and American society revindication respectively), will lead him to lose the presidency of the United States of America, which was win with lies, deceptions, bribes, blackmail and threats), reversing the deplorable and disturbing image that currently has everything that is related to the flag of the 13 white and red bands (British colonies), and the upper rectangle containing 50 small stars (States), 2._ North Korea's nuclear threat to the world peace and security, 3._The intervention, opportunism and Russian interference in all kinds of world affairs, seeking to approach, get in the way, and/or influence a greater number of countries in crisis, such as those located in the Near East, in Asia Greater, in Eastern Europe, and in Latin America mainly, taking advantage of the prevailing confusion in all those regions, originated from the exploitation systems economic, psychological and social control implemented by the ''international pluto-kakistocratic idle class'' (that by the way, are directly responsible for the ''Spiritual Emergency'' which confronts humanity in general at these precise moments), but above all, are the product of the extreme differences and inequalities, as well as the incessant wars between various contenders, locals and foreigners; 4.-The beginning of conflicts and controversies, threats, skirmishes, attacks, and the constant and endless aggressions between ''the rival groups of the Near East'', are our daily bread, and on this occasion they have been exacerbated by the murder of Iranian General Qasem Soleimani (despite the ghastly, horrific, vile, cowardly, bloody, ardent, premeditated and ruthless murder and dismemberment at the premises of the Saudi Embassy in Istanbul, Turkey of the journalist dissident Jamal Khashogg did not provoke among the Arab population, nor among the international community, and much less generated due attention by the mass media); 5._The internal struggles between Israel and Palestine, and the unheard-of and inconceivable international terrorism of ISIS, just to mention some of the most pressing and dangerous conflicts today, constantly threaten to trigger the horrific, expected, and even for some unconscious and unsuspecting, inevitable but so necessary and natural (Thomas Malthus and Charles Darwin) ''World War III''; 6._ Ignorance, lack of legislation, obligation, and compliance with the stipulations contained in the clauses of the various international treaties related to the peaceful settlement of disputes, non-intervention in the internal affairs of States, ''Pacta Sunt Servanda'', the reduction of arms, and the prohibition of nuclear weapons, among other elementary and essential issues for international security and peaceful coexistence have made beings pedant and unconscious, as the disturbed Kim Jong-un, continue to develop freely and without pressure, its much-hated and despicable arms industry of destruction and mass death, paving itself at the same time, for the abominable achievements and necrophile successes, and cynically threatening to send a ''Christmas gift to the White House of the United States of America that will surprise the greater anunnaki-mukamo-archon of the Babylonian constellation,'' that is, President Mr. J Trump (the joker); so, considering the extreme degree of mental disturbance, materialism selfishness, perversion and corruption that both primates have shown to have for themselves and for the rest of the world (through perversion, seduction, bribery, and political manipulation, not to mention the world's industrial pollution by the United States of America, and it's pathetic and convenient skepticism to sign the ''Paris Agreement'', in relation to climate change), strongly suggest that at the least unexpected moment everyone could be dragged into the latest international dispute of modern times, that is, to the ''World War III'', which for obvious reasons, will never be written, nor will it be recount or even appear in the almanacs of universal contemporary history.