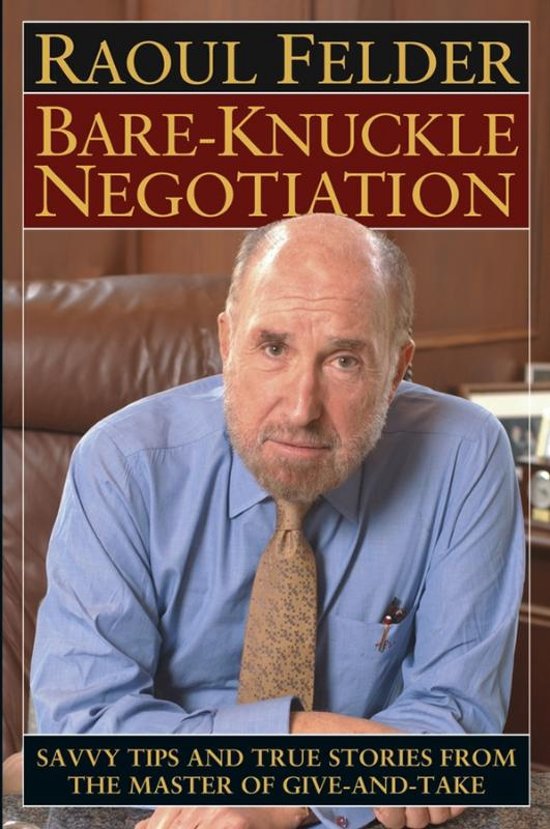 In Bare-Knuckle Negotiation , Felder shares his wit and wisdom about the tactics and strategies of effective negotiation, so laypeople can get what they want when it's time to cut a deal. He covers diverse topics from how to read opponents' nonverbal cues to unnerving your opponent through displays of seemingly irrational behavior. He reveals the importance of never making a threat you can't back up and how to be crafty without being dishonest. Citing anecdotes, cases, and stories from his long career in the legal trenches - tales that are often outrageous, shocking, and strange - Felder lets you in on the secrets that have made him such a feared and respected negotiator.

...essentially a lively and entertaining 'how-to.' (Library Journal, February 1, 2004) ...Felder, whose advice is as straightforward and forceful as it is colorful and entertaining . (Publishers Weekly, December 1, 2003)