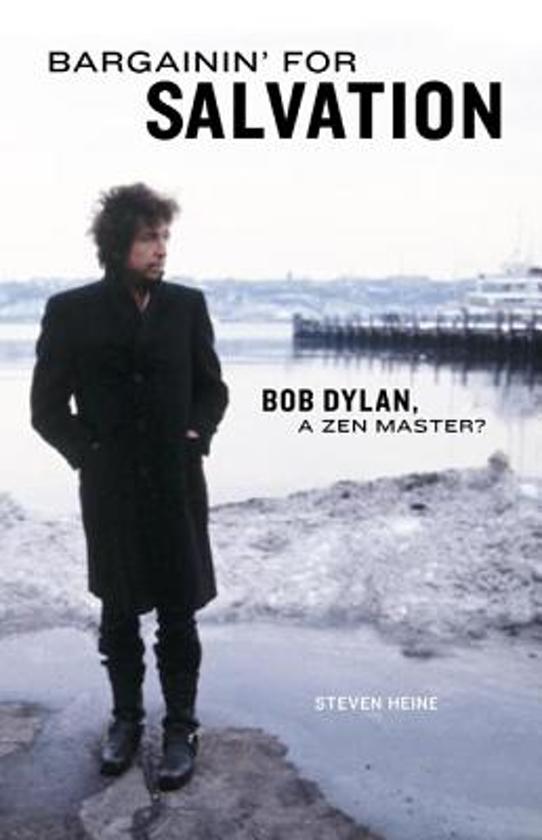 A thoughtful examination of Dylan's oeuvre through the lens of Buddhism
One of the mysteries of Bob Dylan's incredible corpus is why he seems to veer and zigzag so drastically and dramatically from one extreme standpoint to another. Throughout his career, rapid, radical transitions in musical style and public persona have either inspired or shocked different sectors of his fans. Is Dylan's work complex and contradictory, or is there an underlying consistency and continuity to its seemingly chaotic ebb and flow?


Steven Heine argues that Dylan actually embraces two radically distinct worldviews at alternating periods. One is prevalent in his Protest (early '60s), Country (late '60s), and Gospel (late '70s) phases; it finds Dylan expressing moral outrage by endorsing a single higher truth based on a right-versus-wrong philosophy. The second view appears during periods of Dylan's disillusionment in the mid '60s (''Desolation Row''), mid '70s (''Tangled Up in Blue''), and mid '80s (''Jokerman''), finding him disenchanted with one-sided proclamations of truth, and wandering, seemingly aimless, amid a relativistic world of masks and disguises where nothing is ever what it claims to be.


Throughout his various stages, Dylan's work reveals an affinity with the Zen worldview, where enlightenment can be attained through meditation, self-contemplation and intuition rather than through faith and devotion. Much has been made of Dylan's Christian periods, but never before has a book engaged Dylan's deep and rich oeuvre through a Buddhist lens. Forgoing Christianity and Western views for Zen and Buddhism, Bargainin' for Salvation will capture your attention and direct it toward the East.
Toon meer Toon minder

In Bargainin', Heine...interprets the oeuvre of Dylan's career through a Zen Buddhist perspective and includes but digs much, much deeper than Dylan's obvious Buddhist influences -- the references in songs and interviews, his travels to Japan, his kinship with Allen Ginsberg and other Beat writers who were involved in Zen practice -- by presenting Dylan's entire career trajectory as a demonstration of attainment of the Middle Way in Buddhist teaching, or the avoidance of all extremes and the refraining from opposing positions. The Examiner Bob Dylan has assumed many identities in his long career: folk singer, protest singer, rock poet, filmmaker, born-again Christian, bluesman, and radio show host. Now Heine (Florida International Univ.) makes the case for Dylan as Zen Master. Who knew? In a thorough survey and critical analysis of Dylan's lyrics and other writings, Heine examines the shifting worldviews of the man who once wrote he not busy being born is busy dying. He contrasts the dogmatic Judeo-Christian premise (good vs. evil) in Dylan's songs with a nondualistic view (represented by an awareness of multiple relativistic truths ) that creeps into other songs-and often within the same song ( Nettie Moore, from Modern Times, is a recent example). The book's bulk expands on this thesis and is rich with lyrical exposition, arguing that Dylan's embrace of both worldviews explains his own ever-changing styles and persona. Heine offers a fresh look at Dylan's spiritual side and clearly demonstrates his mastery of Zen Buddhism as well as Dylanology. His book deserves to stand next to other studies of Dylan and religion, such as Stephen Webb's Dylan Redeemed: From Highway 61 to Saved and Scott Marshall's Restless Pilgrim: The Spiritual Journey of Bob Dylan. Recommended for academic libraries. Library Journal
Toon meer Toon minder