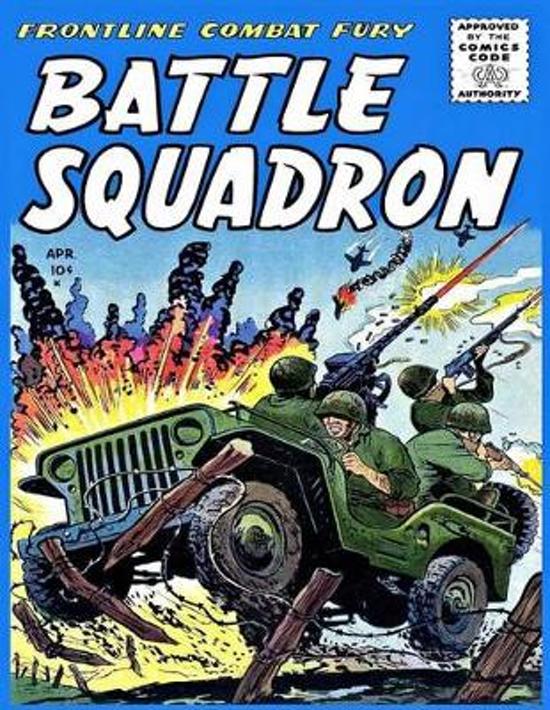 BATTLE SQUADRON - FRONTLINE COMBAT FURYIn the 1950's comics were not just fantasy and fiction - they also told real stories about the brave men and women of the armed forces and the threats they faced almost minute-by-minute. The stories might have been fiction, but the dangers were real, and both kids and adults thrilled and chilled to the adventures of BATTLE SQUADRON!The comic reprints from Escamilla Comics are reproduced from actual classic comics, and sometimes reflect the imperfection of books that are decades old.